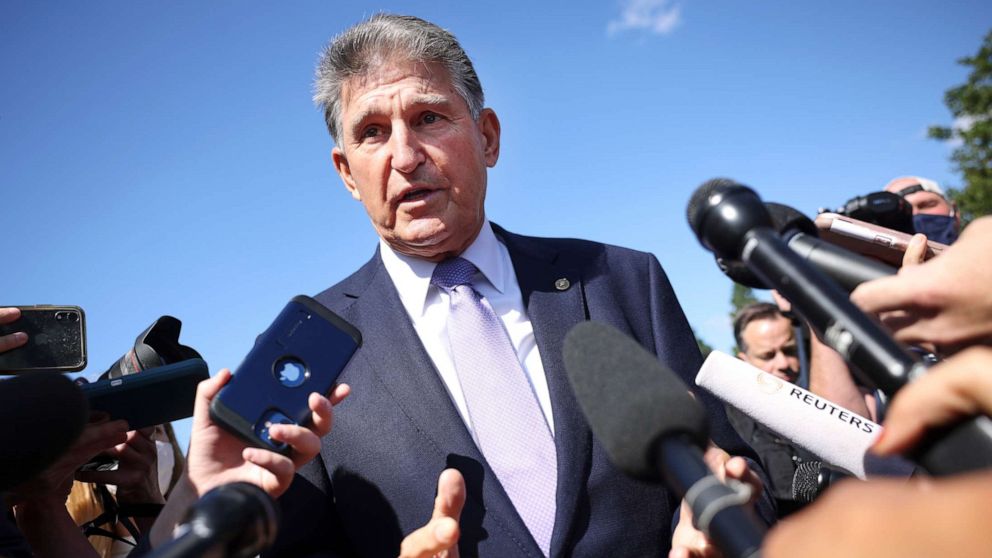 The complaints have been loud and personal — House members and senators venting that their colleagues are unreliable negotiators, sloppy mathematicians and naive politicians.

At the heart of it, the Biden agenda has stalled because Democrats don’t think their fellow Democrats have been honest. But the fundamental problem may be that they have been brutally honest, and they just haven’t believed each other along the way.

That’s why, as another deadline came and went without action on either of the major bills on the president’s agenda, Rep. Alexandria Ocasio-Cortez was blasting certain senators’ “lack of consistency and their lack of homework,” as she told ABC’s Rachel Scott on Thursday.

President Joe Biden is seeing party unity slip away from a variety of directions. The Afghanistan debacle slid into chaos at the border and around immigration, right into the spending standoff that’s bedeviled congressional leaders as the week comes to a close.

The president’s agenda is stuck not because his party wants to lose, but because members of his party can’t agree on how best to try to win. The brutal history of midterms means different things to different Democrats at the moment.

Biden was elected in part on his pledge to heal political divides, with the focus on getting Democrats working with Republicans. But recent events have refocused his challenge to inside his own party.

A government shutdown has been averted — for now at least — but the threat of hitting the debt ceiling still looms.

The continuing resolution passed by the House keeps the government funded through Dec. 3, which means Republican refusal to support raising the debt limit could bring the U.S. back to the brink of defaulting on the national debt.

On Thursday, Treasury Secretary Janet Yellen voiced her support for abolishing the debt ceiling, which could effectively get rid of the aforementioned threat.

“I believe it’s very disruptive to put the president and myself, the treasury secretary, in a situation where we might be unable to pay the bills that result from those past decisions,” Yellen said during a Financial Services Committee hearing.

Sens. Joe Manchin and Kyrsten Sinema are the two Senate Democrats creating headaches for President Joe Biden, and pressure from Sinema’s left base at home in Arizona is growing stronger as Biden’s agenda hits a number of snags, given Congress’ slim Democratic majority.

Thursday morning, Nuestro PAC, founded by former Bernie Sanders aide Chuck Rocha, launched a petition to recruit Rep. Ruben Gallego, who currently represents the Phoenix area in Congress, to primary Sinema when she is up for reelection in 2024. The “Run Ruben Run” campaign “aims to create the infrastructure to help Congressman Gallego challenge Senator Sinema by building a base of support so his campaign is ready to run on day one.”

Another online fundraising page was started to fund the “future primary challenger of Kyrsten Sinema.” That page states its chief concern is Sinema’s continued support of the filibuster, which has gotten in the way of Democratic lawmaking so far this year. Manchin is facing similar pressures as a red state Democrat, but Sinema’s now-purple Arizona leaves plenty of room for political pushback from within her party.

“For months, Arizonans who led the charge in electing Kyrsten Sinema have been pushing her to listen to the voters who put her in office and stop blocking President Biden’s agenda by protecting the filibuster…” the page reads. “…we need to make the threat even more clear and much more concrete. We need to show Sinema that if she refuses to fight for us, Democrats and independents nationwide will deliver the funding to make a future primary challenger an undeniable threat to her political career.”

ABC News’ “Start Here” podcast Friday morning’s episode features a trip to Mississippi’s last abortion clinic with ABC News Senior Washington Reporter Devin Dwyer as the Supreme Court is set to hear arguments this term in a case that could overturn Roe v. Wade. Then, ABC News Chief Business and Economics Correspondent Rebecca Jarvis breaks down the concerns over Instagram’s impact on teens. And, in an “America Strong” special, we talk to Molly Longbrake — a member of the Cheyenne River Sioux — who is working to educate her community against vaccine misinformation. http://apple.co/2HPocUL