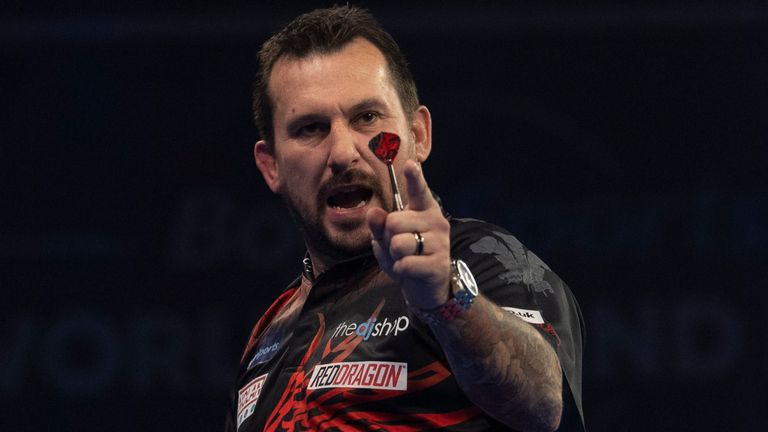 A magnificent display from Jonny Clayton put him into the quarter-finals of the World Grand Prix for the first time, while there was more Dutch delight for Danny Noppert in Leicester.

Clayton struck with four ton-plus finishes and finished with a 94.95 three-dart average to end the hopes of Jose de Sousa, who was the last remaining seeded player in the bottom half of the draw.

The Premier League champion faces Krzysztof Ratajski next after the Pole continued his excellent year by ending the hopes of Rob Cross.

Danny Noppert took out Vincent van der Voort in an all-Dutch clash to set up a meeting with Ian White, who battled back to defeat Lithuania’s Darius Labanauskas.

In a rip-roaring encounter between De Sousa and Clayton, ‘The Special One’ delivered in the deciding leg of the first set to move ahead.

‘The Ferret’ had a dart for the second set, but the Portuguese ace pounced with a 10-dart leg to make it 2-2. However, the Welshman took advantage of some nerves from his opponent to land 70 in two darts for a level game. 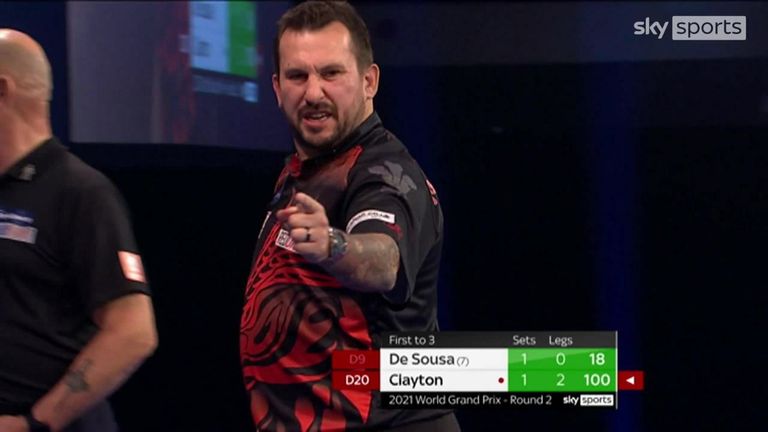 Clayton showed his quality by breaking De Sousa with a 110 checkout (T10, 18, D16) in the second leg of the third set and he took control of the match following a neat ton out. 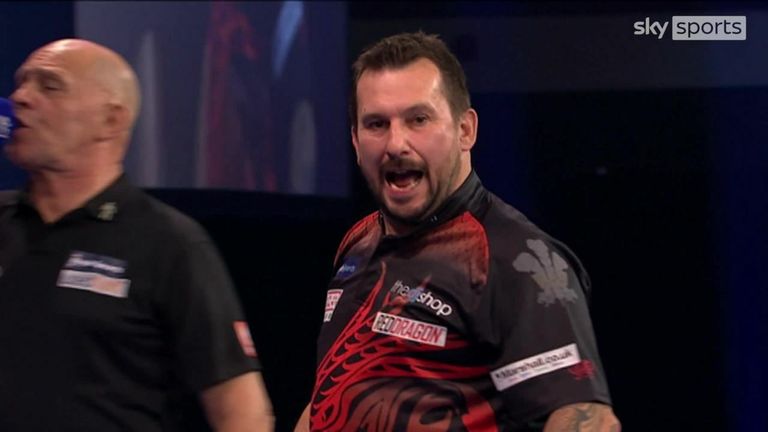 The Welshman completed victory with this classy 112 checkout

Combination finishes of 56, 53 and 51 gave Ratajski a perfect start to his clash, averaging a superb 96 in a dominant display against Cross.

Former world champion Cross bounced back after landing checkouts of 87 and 106 (T20, 14, D16) to sweep through the second set. 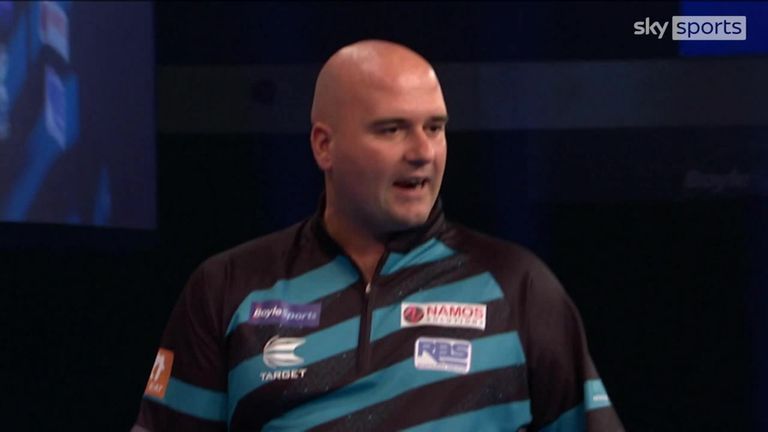 Cross claimed the second set with this 106 checkout

Ratajski, who reached the quarter-finals at the Worlds and semi-finals of the World Matchplay this year, was meticulous on the oche and deadly at the doubles as he won the third set against the darts before sealing victory with double four to make it through to the next stage of the tournament.

Van der Voort, making his 10th appearance at the double in-double out event, let slip a 2-0 lead to Michael van Gerwen’s conqueror Noppert, who rattled off three straight legs to win a fabulous first set in which he averaged 93.16. 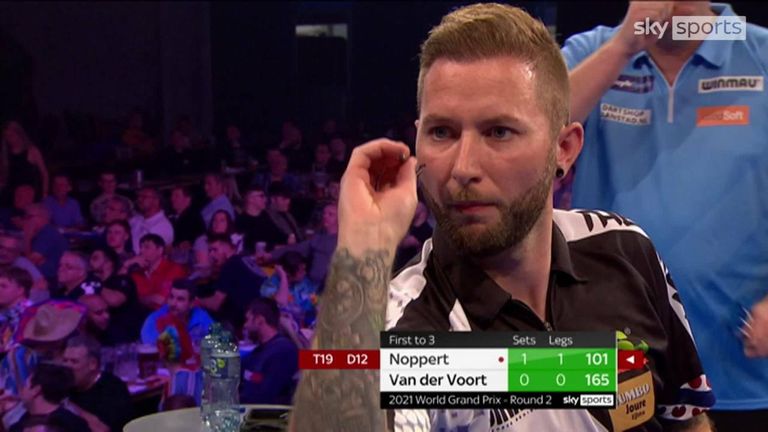 Rapid thrower Van der Voort kept the match alive by sending the third set into a deciding leg, but Noppert stayed composed to hold his throw and pin double 11 for a straight-sets win. 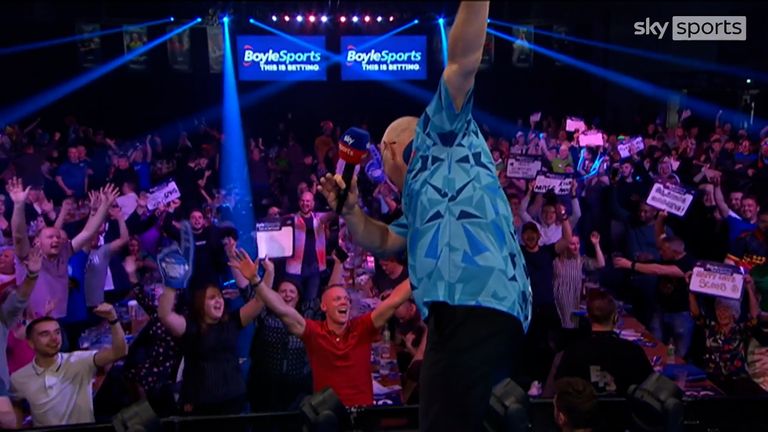 Lithuanian spoiler Labanauskas made a storming start, whitewashing White in the opening set, with ‘Diamond’ averaging a meagre 72.

‘Lucky D’ continued the onslaught by making it six consecutive legs to edge closer to the quarter-finals. But White found his range to win six out of the next eight legs to send the contest into a deciding set shootout. 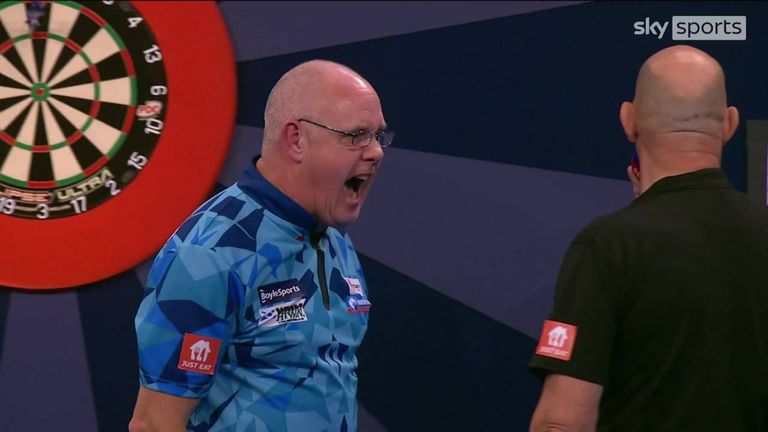 Labanauskas stopped the rot by breaking in the opening leg with a neat 90 finish, but White responded with a magnificent 136 (T20, T20, D8) to send the Morningside Arena into a frenzy. He then nailed tops to move one leg from victory, but the 45-year-old sent it the distance after pinning D10.

It was White who completed a stunning comeback, nailing D8 after a dramatic 19-dart leg, with an average of 88.29 and a 45 per cent checkout success rate.

Join us for live coverage of the World Grand Prix from the Morningside Arena, Leicester throughout the week. Check out daily Darts news on skysports.com/darts, our app for mobile devices and our Twitter account @skysportsdarts

Dhoni’s girls got him