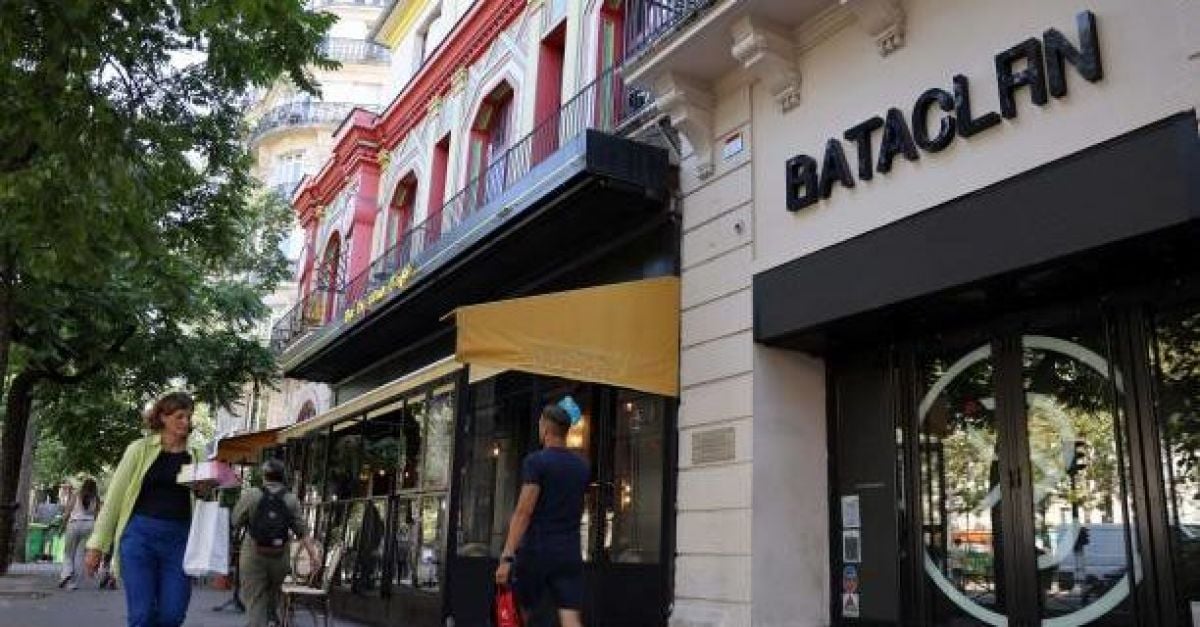 Irmine, 55, says she is probably still alive only because her friend Fabian shielded her at the Bataclan concert hall when Islamist gunmen opened fire at the crowd during a series of attacks on Paris six years ago.

Fabian died on the spot. Irmine was hit by a bullet in the chest and fell to the ground, injured but conscious. After a while, lying on the ground as the gunmen sprayed the crowd with bullets, someone near her spoke.

“I hear someone who says ‘leave quickly, they are reloading their weapons, it’s time to get out’,” Irmine told a Paris court on Wednesday, one of the first survivors to testify about the ordeal in the concert hall, where 90 people were killed.

“I try to stop (Fabian’s) bleeding, but it’s not possible. There is blood everywhere. I try to pull his body once, twice, but I can’t,” she said, choking. “I didn’t want to leave without him but I thought about my kids, about my husband, I thought that they needed me and I left.”

While Wednesday was the first day of testimony on the Bataclan attack, survivors of the attacks on bars, restaurants and the Stade de France stadium have over the past weeks told how some are still haunted by the sound of explosions, images of human flesh and the smell of blood.

A total of 130 people died in the coordinated gun-and-bomb attacks on Paris on November 15th, 2015.

Questioning of the accused, most of whom face life terms, will start in November but they are not due to testify about the night of the attacks until March. The verdict is expected in late May.

Defendant Salah Abdeslam, 32, is the only surviving member of the Islamic State cell that carried out the attacks, prosecutors say. He told the court at the start of the trial that he is “an Islamic State soldier”.

Others are accused of crimes ranging from providing the attackers with weapons or cars to planning or taking part in the attacks.

Turning to look at the accused, Irmine, who asked that her surname not be mentioned, said: “I don’t know what can go through the heads of killers … the people they shot at were real people, not objects. I hope that this trial opens their eyes.”

There are around 1,800 plaintiffs and more than 330 lawyers in France’s biggest-ever trial.