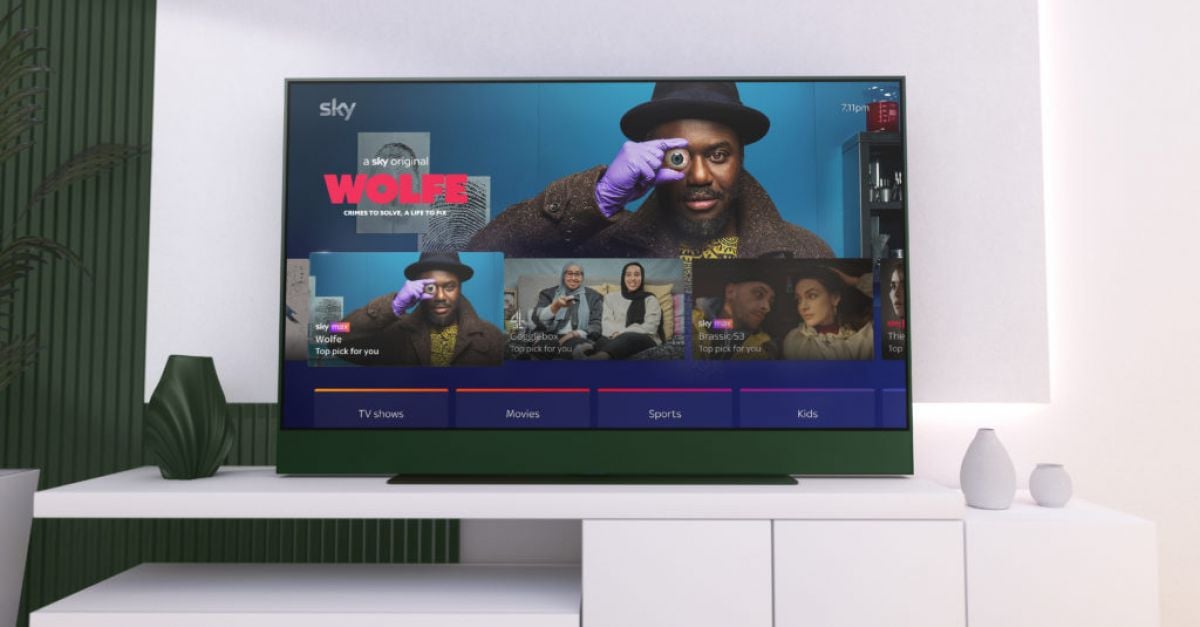 Sky has unveiled Glass, a new streaming TV with Sky services and other apps built in that requires no satellite dish or box.

The media firm said the new system, which only requires connection to a wifi network and has a single power cable, will “transform the role of the TV in the home”.

It will be launched in the UK on October 18th, with Glass available in three screen sizes – 43-inch, 55-inch and 65-inch – and a choice of five colours with a new remote control, with Sky offering monthly payment plans similar to those used for mobile phones to pay for the TV. The service will be launched in other areas in 2022.

Introducing Sky Glass, the streaming TV from Sky. The only TV with Sky inside. Want to find out more? Visit 👉 https://t.co/VrTPVFIINK #SkyGlass pic.twitter.com/VkHVtEo5Ur

The media giant said Glass will start at £13 a month for the 43-inch TV, with the Sky Ultimate TV package also required – which starts at £26, meaning a full Sky Glass package will start at £39 a month.

Sky said the aim of the system is to simplify the way people find and watch TV by integrating hardware, software and content.

The TV will come with a 4K Ultra HD display as well as Dolby Atmos 360 surround sound built in.

It will also be voice-activated, with users able to say “Hello, Sky” to turn on the TV, and request specific channels or programmes using voice commands.

Sky said the new home page on the device will bring together content from Sky as well as catch-up and streaming services such as BBC iPlayer, Netflix and Disney+, while a new Playlist feature will allow users to create a list of their favourite content from across all channels, apps and live TV in one place.

Speaking at the launch event for the new system, Sky group chief executive Dana Strong said: “Sky Glass is the streaming TV with Sky inside, providing the total integration of hardware, software and content.

“Built on over 30 years of understanding what our customers want, this is a TV that only Sky could make. We believe this is the smartest TV available, and that customers will love it.”

The firm also used the event to preview a 4K smart camera that links to Sky Glass which is set to be introduced in 2022, and will enable video-calling through the new smart TV, as well as use movement tracking and gesture control to allow users to play games and take part in home workouts.