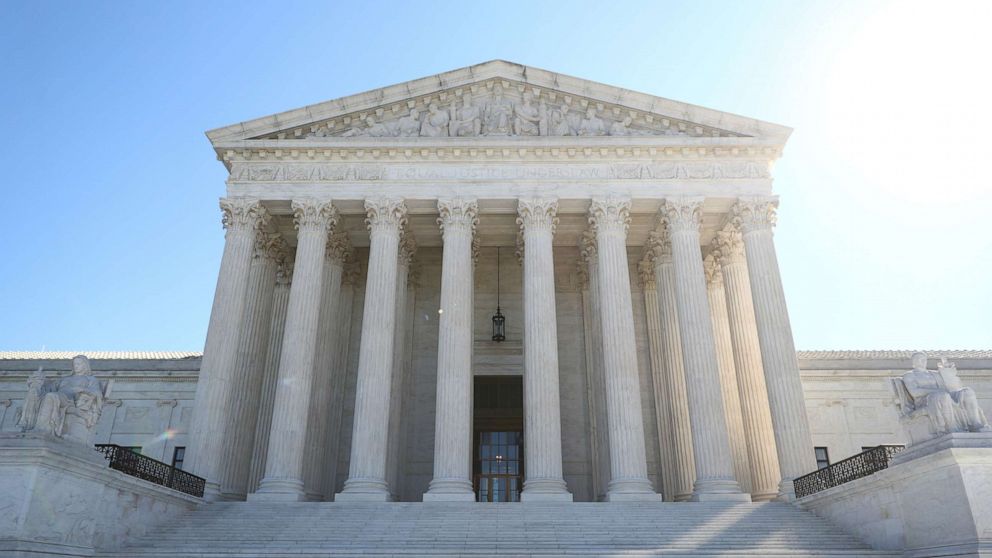 Facing an onslaught of political pressure tactics and plunging public approval, the U.S. Supreme Court on Monday sails into a new term set to decide some of the most divisive cases in decades on abortion, gun rights, the death penalty and religious freedom.

By the end of June 2022, the court’s conservative majority has the potential to roll back 50 years of abortion rights precedent; declare a right to carry a handgun outside the home; bolster the death penalty; and, allow some American parents to use taxpayer funds for religious schools.

“This is not a court that has the opportunity to inch forward and tip toe around issues,” said University of Chicago law professor and legal historian Farah Peterson. “We should all be watching these cases very closely because suddenly the court has new members interested in taking up issues of grave public concern.”

The justices are also expected to address challenges to the Biden administration’s nationwide vaccine mandate; continuation of Deferred Action for Childhood Arrivals, or DACA, for young immigrants; partisan drawing of congressional districts with new census data; and, Harvard’s use of racial affirmative action.

The blockbuster docket will play out as public approval of the Supreme Court in Gallup polling hits its lowest point in more than two decades — 40% in September, down precipitously from a ten-year high of 58% just last year.

On the heels of a term marked by moderation and unanimity, most court watchers are braced for a sharp pivot to more polarizing decisions, foreshadowed in part by the justices’ 5-4 vote this summer to allow Texas to ban nearly all abortions across the state on technical grounds.

Taken together with a presidential commission weighing an overhaul of the bench, and mounting pressure on the court’s oldest liberal member to retire, veteran legal analysts say it could be one of the most consequential years for the Supreme Court in a generation.

“We’re going to have a huge explosion whichever direction they rule,” said Carrie Severino, president of the Judicial Crisis Network, a conservative legal advocacy group, of the abortion cases. “Even if they try to rule down the middle and come up with a middle ground, you’re going to have outrage from the left or serious concerns from the right.”

Several justices have tacitly acknowledged in recent high-profile speeches and interviews that stubborn public perception of them as a politically-motivated group — combined with the hot-button decisions on the horizon — may significantly undermine the court’s credibility.

The court announced last month that it would continue live-streaming oral arguments to the public at least through the end of the year, continuing an act of transparency prompted by the pandemic but even as the justices return to in-person sessions on Oct. 4.

“We don’t trade votes, and members of the court have different judicial philosophies,” Justice Stephen Breyer said in an interview on “Good Morning America” this month. “The great divisions are probably much more along those lines than what we would think of as political lines.”

Justice Amy Coney Barrett used a joint appearance with Senate Republican Leader Mitch McConnell at the University of Kentucky to reject the notion that the justices are simply politicians in robes.

“To say the court’s reasoning is flawed is different from saying the court is acting in a partisan manner,” Barrett told students. “I think we need to evaluate what the court is doing on its own terms.”

Justice Clarence Thomas used a speech at the University of Notre Dame to warn critics against “destroying our institutions because they don’t give us what we want, when we want it.”

To many observers, however, the court’s opinions remain impossible to view without a political lens.

“Barrett, for example, voted with Roberts and Kavanaugh over 90% of the time,” said FiveThirtyEight contributor Laura Bronner. “Based on what we know so far she seems like she’s going to be a core component of the conservative triad at the center of the court.”

That triad could be the key to just how quickly the court continues its shift to the right and whether it’s prepared to set into motion major societal changes on several controversial issues.

“The conditions for the right side running the table have never looked better,” said Gornstein. “But I don’t think sweeping right-side rulings in all politically salient cases is inevitable.”

The court’s coming term will be dominated by the issue of abortion rights, centered on a case out of Mississippi that asks the justices to directly reconsider the landmark precedent in Roe v. Wade and Planned Parenthood v Casey.

“Roe v. Wade is on thin ice,” said Florida State University law professor and abortion law historian Mary Ziegler. “At the moment it really feels more as if it’s a question of when, not if; and how, not whether.”

As Americans snatch up guns at record pace and shooting deaths soar, the justices will also decide a major case out of New York on whether the Second Amendment creates a right to carry a handgun outside the home.

“It would mean that you could expect more people to be carrying handguns in places like New York City, Boston and Los Angeles” if the court affirms such a right, said Southern Methodist University law professor Eric Ruben. “One of the things that the justices, especially the ‘institutionalist justices,’ are going to be considering is ripple effects that could undermine a decade’s worth of precedent and the lower courts.”

The court will decide whether to reinstate the death sentence for Boston Marathon bomber Dzhohkar Tsarnaev and whether a Texas man sentenced to death has a First Amendment right to his pastor praying aloud and laying hands on him in the execution chamber.

A pair of cases will also test the government’s power to keep national security secrets: A former alleged associate of Osama bin Laden detained for decades at Guantanamo Bay is demanding the CIA turn over information on alleged torture at black sites overseas; and, a group of Muslim men in California is seeking to sue the FBI for alleged unlawful surveillance.

Analysts say the conservative Supreme Court supermajority is at a crossroads, the cases ahead set to reveal how far and how fast they’ll move the court’s jurisprudence to the right.