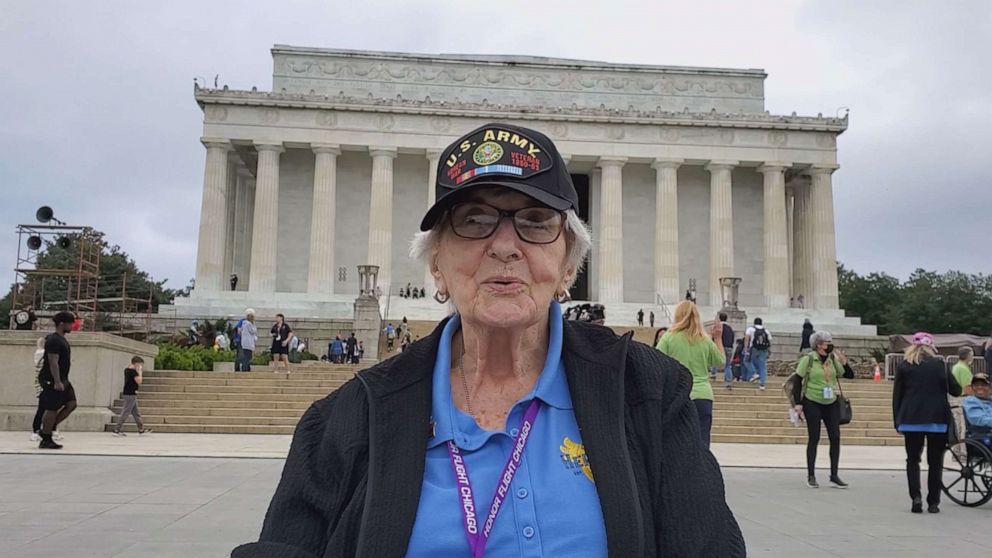 Nonprofits “Operation HerStory” and “Honor Flight Chicago” took 93 female veterans on a trip to the nation’s Capital, free of charge, to honor their service.

The group, who was escorted by current female service members, toured monuments and celebrated their service.

Vietnam veteran Lt. Joyce Campbell-Terry served in the Navy and the Air Force. She said she’s in great company among her fellow servicewomen.

“This is just really a magnificent event for women who have served and to be recognized with this honor,” said Campbell-Terry.

Korean War veteran Eileen Hands said she still remembers her service, although it feels like a lifetime ago.

“It was a very long time ago, but the memories of that time in my life are still very real,” said Hands, who served as a first lieutenant.

Other veterans, like Sgt. Gwen Diehl, served the U.S. Army for more than two decades.

Diehl, who served from 1972 to 1993, said she’ll never forget the sacrifices made from those who came before her.

“I’m thrilled to be here, because I get to meet and rub elbows with the women whose shoulders I stood upon in my career in the army,” she said.

Shoulders of those like WWII veteran Betsy Horstman, who served as a first lieutenant in Saipan.

Horstman, who is 99 years old, joined the trip. She said she’s thankful to have served.

“I have absolutely no regrets. I’d do it again,” said Horstman. “I’m so happy to come here and see these monuments. I’ve only seen pictures.”

Democrats are dividing and conquering themselves

23 species may be de-listed from the Endangered Species Act due to extinction. Here’s what needs to be done to prevent further loss.