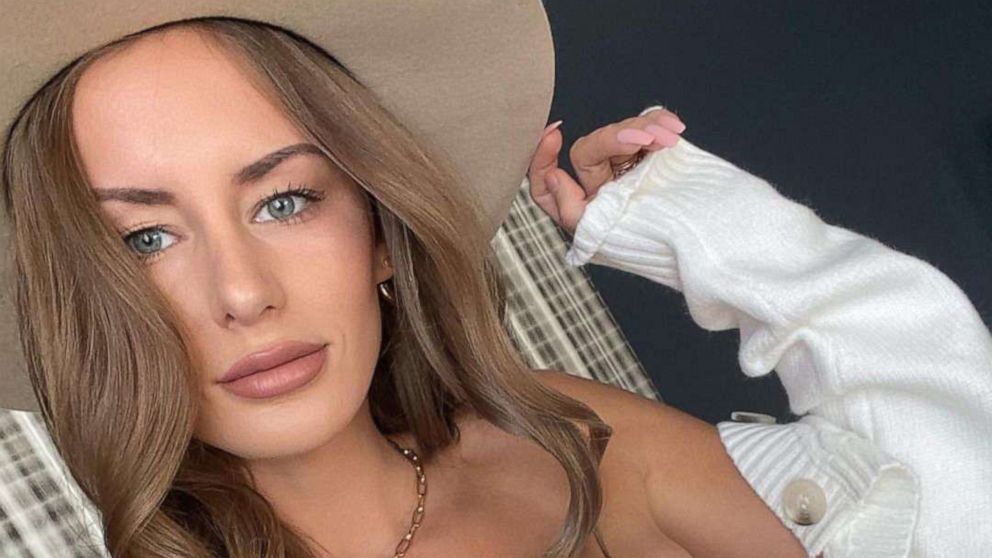 The husband of 26-year-old social media influencer Alexis Sharkey, who was found dead in Houston last year, took his own life as officials closed in on him for his connection to her murder.

Alexis Sharkey died on Nov. 27, 2020, one day after Thanksgiving, and her body was found the following morning on the side of a road in Houston, Texas, officials said at the time. An autopsy found that she was strangled, and her death was ruled a homicide, The Harris County Institute of Forensic Sciences told ABC News.

Nearly one year later, on Sept. 29, Houston authorities issued an arrest warrant for her husband, Thomas “Tom” Sharkey, to later formally charge him in Harris County with her murder. Prior to that date, investigators hadn’t officially named Tom Sharkey as a suspect in his wife’s death.

Sgt. Michael Burrow of HPD’s Homicide Division said in a press conference Wednesday that an investigation found that Tom was the only person who had the “means, motive and opportunity to have committed the murder.”

He said there was a history of domestic violence between the couple — though Alexis Sharkey never filed any complaint with police — and their relationship was on the rocks.

“We have a lot of evidence that there was a separation and that he was interested in reconciling the relationship and she did not appear to be. No official divorce filings were made, but there’s every indication that that was the direction it was going,” Burrow said.

A fugitive task force tracked Tom to Fort Myers, Florida, where U.S. Marshalls learned he was staying with a relative. They located him at 10 p.m. Tuesday night, officials said Wednesday.

“Mr. Sharkey avoided them, ran upstairs when he learned law enforcement was there for him. And he took his own life using a firearm,” Burrow said.

The Lee County Sheriff’s Office is conducting the death investigation into Tom’s passing.

“I’d like to emphasize that this has been a very tragic series of events for both families, the Robinaults and the Sharkeys. They’ve been through hell essentially … No one else is suspected of any involvement in the case and no one else is under investigation,” Burrow said.

He noted Sharkey did not know he was wanted by police until he was confronted by law enforcement.

Burrow said there was no “one bombshell piece of evidence” that pointed to Tom as the suspect.

“Mr. Sharkey’s behavior and conversations with him over time and evolving stories and ability to disprove stories, eventually the mountain of evidence just became high enough,” Burrow said.

Tom was “evasive” in the investigation and wasn’t always truthful with police, Burrow said. He left Texas within two weeks of Alexis’ death. Recently, detectives made efforts to get DNA samples from him and went to Georgia, where he was staying at the time, but he stopped responding when they tried to contact him. A short time after that, Tom relocated to Florida.

Police did not offer any details on what led up to Alexis’ death the night she died.

After her death was confirmed, Tom shared on social media, “My world! My everything! I’m so lost right now! My one and only!” local ABC station in Houston KTRK reported.

He also insisted that he and Alexis had a happy marriage but that she had been distressed prior to her death.

“She wasn’t happy. She was stressed. I would cuddle her to try to make her strong,” Tom told KTRK in a December 2020 interview. “I don’t need to set the record straight. I’ll let it play out the way it is. I know what my life was with my wife.”

‘Guilty’: Jury finds all 3 men guilty of murder in the killing of Ahmaud Arbery

Wisconsin Christmas parade victims: What we know about the lives lost