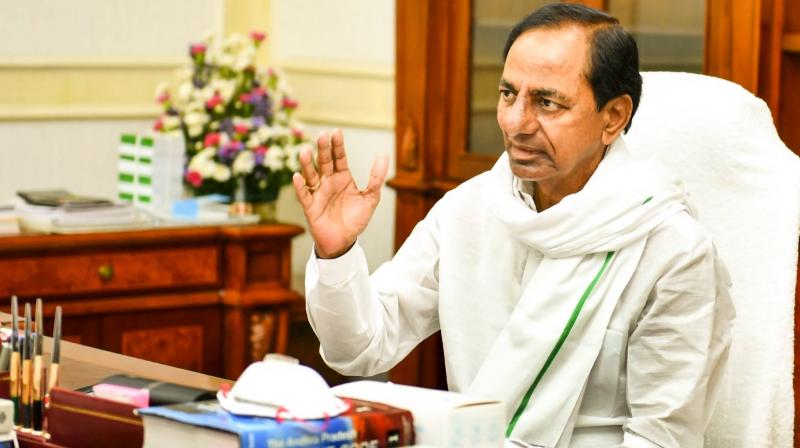 Hyderabad: Chief Minister K. Chandrashekar Rao on Thursday slammed the Centre, accusing it of curtailing the powers of elected governments in the states.

Terming the BJP and the Congress as “two sides of the same coin,” the chief minister said that the Central governments headed by the Congress earlier and the BJP now have snatched away several subjects from the 'state list' of the Constitution and transferred them to either the 'Union list' or the 'concurrent list'. Agriculture was one such subject.

Replying to a short discussion on Palle Pragathi-Pattana Pragathi in the Assembly on Thursday, Rao said if the Centre makes any law on any subject mentioned in the concurrent list, that will automatically prevail and the states' law on the same subject will become null and void.

Rao informed the House that Tamil Nadu Chief Minister M.K. Stalin recently wrote a letter to him on the issue of Centre curtailing the powers of states and sought his support to fight against such trends.

"I am ready to fight with the Centre to safeguard the powers and rights of states. As a leader of a regional party, I strongly oppose the Centre snatching away the powers of elected governments in states," the CM said.

Stalin had written to the CMs of 12 states including TS, requesting them to collectively raise the voice to reclaim states’ rights over education as was guaranteed in the constitution and oppose NEET.

Rao also attacked the BJP-led government at the Centre for imposing a 25 per cent cut in funds to RLBs (rural local bodies) in Telangana. He said that the 15th Finance Commission has recommended the Centre to give Rs 1,847 crore as grant to RLBs but the Centre gave just Rs 1,367 crore.

The CM also came down heavily on the Centre's abrupt decision not to procure boiled rice from Telangana for PDS (public distribution system).
"Recently I was in Delhi and extended my visit by a few more days to take up the paddy procurement issue with the Centre. I met Union PDS minister twice and pleaded against changing the procurement policies all of a sudden. I urged the Centre to announce a yearly procurement target for every state in advance and not alter it in the middle of the year so that state governments can take a decision on what crops to cultivate over what extent," Rao said.

Stating that he was waiting for the Centre's response on his demands, Rao said, "We will release our agriculture plan for upcoming rabi season in the first week of November and alert farmers in advance what crops they should opt for. The Centre is refusing to procure boiled rice from Telangana in rabi season. This way, we can save our farmers from suffering losses due to non-procurement."