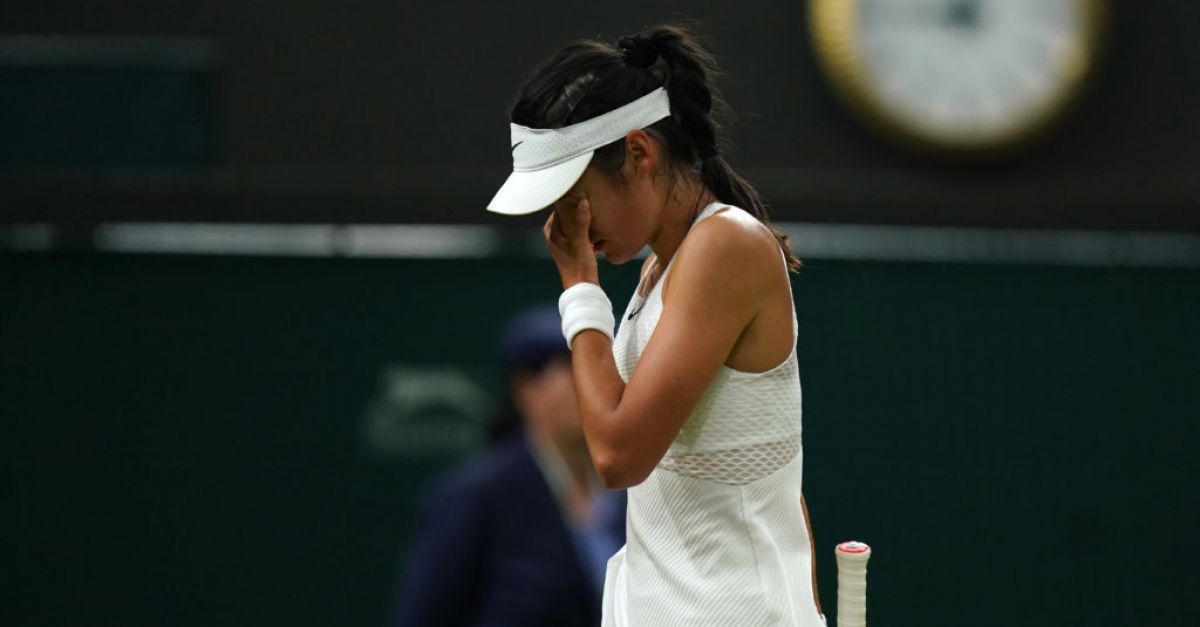 Emma Raducanu’s return to the court after her sensational US Open triumph ended in defeat as she was beaten in the second round in Indian Wells.

It has been 27 days since the 18-year-old stunned the world to become the queen of New York in a fairytale story, but she could not reproduce that level in the Californian desert, going down 6-2 6-4 to Belarussian Aliaksandra Sasnovich.

That success at Flushing Meadows has catapulted Raducanu into stardom, attending the Met Gala and the James Bond premiere in her time away from the court, and she got a taste of her new life as she was given the headline slot in the Friday night evening session.

Sasnovich puts out her best to sink Raducanu 6-2, 6-4 to get her second Top 50 win of the season.#BNPPO21 pic.twitter.com/tnUIiGl47Q

However, she could not live up to her billing as the super attacking style that served her so well at the US Open proved her downfall early on and then she squandered a lead in the second set as Sasnovich won four games in a row to seal victory.

Had it not been for that incredible win last month, this defeat for Raducanu would have been entirely expected as Sasnovich, currently ranked at 100, is a former top 30 player and an experienced head on the WTA Tour.

The Briton is anything but and, despite already having a grand slam in her trophy at home, this was just her third tour-level tournament and she is still waiting for her first win.

In many ways, Raducanu’s career starts in earnest now as she gets used to life on tour and she will have to deal with opponents – and defeats – like this on a weekly basis.

The match had begun as if she had never been away, winning the first six points on her way to a service hold to love and 0-30 on Sasnovich’s delivery.

But, after a first-round bye playing in alien conditions for the first time, the Brit’s radar went astray and allowed Sasnovich quickly won three games in a row, including a break to love to go 3-1 up.

A second break at 4-2 allowed the Belarussian to serve out the opener as – after winning 20 straight sets at Flushing Meadows – Raducanu lost a set for the first time since the end of August.

The writing looked on the wall after the 17th seed was broken in a mammoth 13-minute game at the start of the second set.

But a searing backhand winner down the line changed the momentum, allowing Raducanu to break back immediately and soon after she broke to love again to go 4-2 up and seemingly on course to mount a comeback.

However, a sloppy game saw her opponent quickly break back in the first of four quick games that Sasnovich won to seal victory and set up a third-round meeting with Simona Halep.

For Raducanu, she will dust herself down and move on to the next one, where she is due to play in Moscow in the Kremlin Cup later this month.