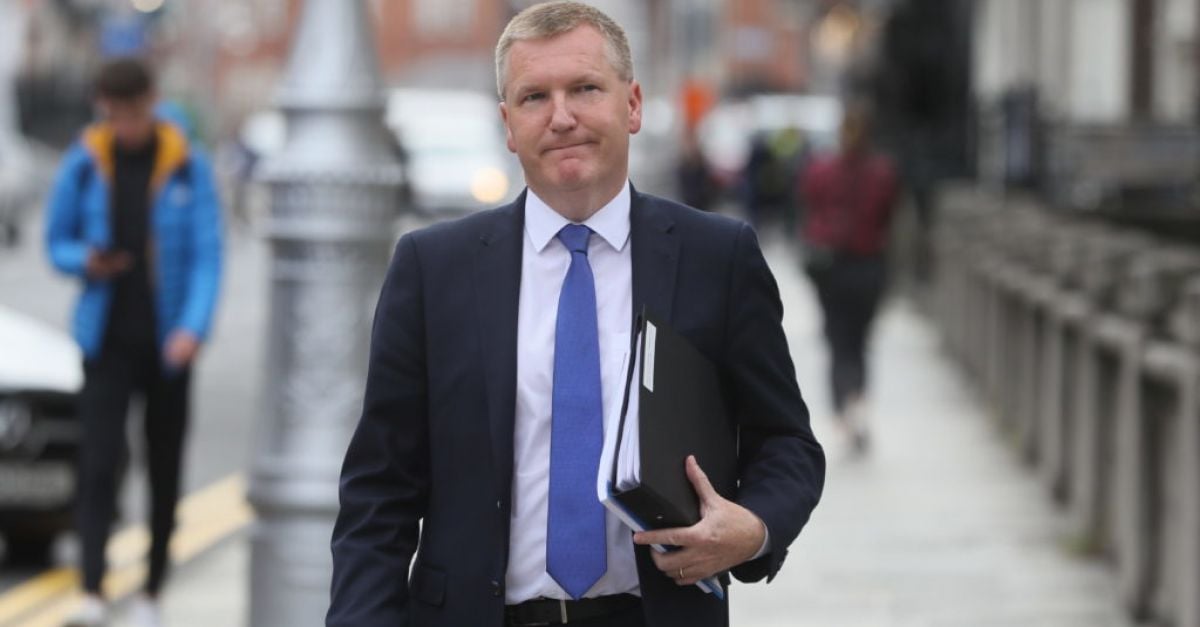 Tuesday’s Budget 2022 package of new spending will remain at €4.7 billion, despite the deficit reaching €13 billion and not €20 billion as previously estimated.

Ruling out any last-minute “splurge”, Minister for Public Expenditure Michael McGrath said he and Minister for Finance Paschal Donohoe were “really satisfied” that the Budget Day package was the correct one.

“We are really satisfied that the overall package of €4.7 billion will allow us to make really significant progress in housing and health care, in childcare, in tackling climate action, and addressing the very real cost of living pressures that people are facing at this time,” he told RTÉ’s The Week in Politics.

He said the easiest thing for Mr Donohoe and himself to do would be to say “we’re now going to go on a splurge, and we’re going to spend that improved deficit outturn.”

“I very much welcome the really significant improvements in the projected deficit for this year, a change of €7 billion in a short number of months is quite dramatic.

“The deficit as forecast now in the white paper is just over €13 billion versus a figure of over €20 billion in the summer economic statement. And I think that is because the economy has rebounded very strongly,” he said.

Meanwhile, a paper published by Fine Gael has suggested that Sinn Féin’s alternative budget “fails to account for almost €1.5 billion” in its figures.

For example, Sinn Féin said the cost of introducing a State-run childcare sector would cost €167 million, whereas Fine Gael has estimated the cost at €987 million.

Sinn Féin said reducing the pension age to 65 would cost €127 million, whereas Fine Gael estimates it would cost €450 million.

“This gaping hole in their costings further highlights they simply cannot be trusted with the public finances,” the document says.

Sinn Féin’s public expenditure spokeswoman Mairead Farrell told The Irish Examiner that her document took many weeks to produce and is “fully costed”.