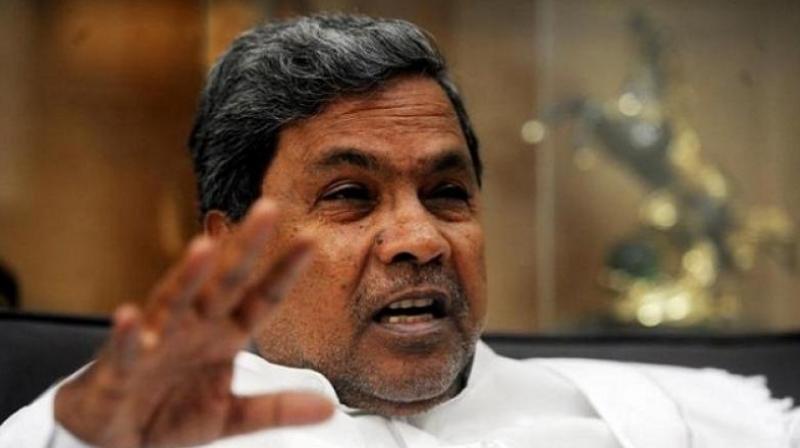 Mysuru: Congress leader Siddaramaiah on Saturday once again questioned JD(S)' intentions behind fielding Muslim candidates from Sindagi and Hangal assembly constituencies where by-elections are being held on October 30.

Speaking to reporters here, he claimed the regional party does not give tickets to minorities in the party stronghold, but only during bypolls.

"Whatever they (JDS) try to do, voters are intelligent and they cannot be underestimated," he added.

Congress leaders including Siddaramaiah have already alleged that JD(S) deliberately fielded minority candidates for the Hangal and Sindagi by-elections to help the BJP, which has elicited sharp reactions from Kumaraswamy.

Expressing confidence over Congress winning the bypolls, Siddaramaiah claimed people are disappointed with the BJP governments both at the state and the centre. They had promised to turn Karnataka into heaven, but have made hell, he said.

"People are fed-up of this BJP government with no development happening," he said.

The by-elections have been necessitated as the seats fell vacant following the death of Sindgi JD(S) legislator M C Managuli and BJP's C M Udasi from Hangal.

Dismissing reports about him shifting to national politics, Siddaramaiah reiterated that he will not leave state politics.

On recent I-T raids in the state, he said the raids, specifically on a person who is said to be former CM B S Yediyurappa's PA and Water Resources department related contractors, make him feel that there is politics behind it.

Recently Kumaraswamy too had claimed that internal conflict in the BJP might be the reason for I-T raids.