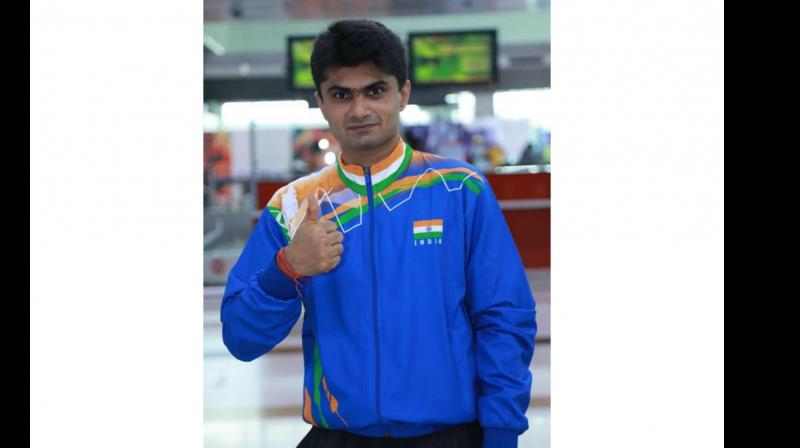 After winning the silver medal (SL4 class) in badminton at the recently-concluded 2020 Paralympics, and making history as the first Indian Administrative Service officer to take the victory stand at a Paralympics event, Suhas Lalinakere Yathiraj straightaway resumed his duties as District Magistrate of Gautam Buddh Nagar (Noida).
“There’s no room for a break or a vacation. I am happy to be back doing what I enjoy the most,” said Suhas. There were no celebrations to mark his achievement at the Paralympics. The 38-year-old said, “I want to dedicate this medal to my late father, because of whom I am what I am today.”
The shuttler had a problem in his right lower limb from the time of birth. “I kept stretching my legs as a part of my exercise routine, even though I know I am not 100 per cent. I always felt I had to do the best with what nature has given me; I do what it takes to stay as strong as possible,” he reveals.
Getting over his disability was not easy, but Suhas did dare to dream. He was fascinated by sports since childhood, though he didn’t focus on any specific game. “In 2016 I was called to inaugurate district and state-level badminton tournaments. I was attracted to badminton and kept playing since then,” the 2007-batch IAS officer says.
Gaurav Khanna, the current coach of the country’s para-badminton team, spotted Suhas and encouraged him.
He bagged a gold medal at the 2016 Asian Para-Badminton Championships, Beijing, when he was the Magistrate of UP’s Azamgarh District, becoming the first Indian bureaucrat to win a professional international badminton event.
More international acclaim came his way. Suhas won gold at the 2017 BWF Turkish Para-badminton championship in the Men’s Singles and Doubles events. He also won gold at the 2016 Asia championships, and a bronze at the 2018 Asian Para Games.
“All these medals have given me a great deal of confidence. I also learnt that giving my best is what I can do; and that I should not worry too much about the results,” he says.
“For any sportsman, the biggest goal is to win a medal at the Olympics. I am from an ordinary family and if I can fulfil this dream, then anyone can, they just need to push themselves,” says Suhas.
Before entering the Paralympics, one of the biggest challenges was to stay fit. Although he had a knee problem a few years back, he had recovered, says Suhas. “Luckily this year I did not have any physical injuries,” he adds.
“Being a District Magistrate, I needed to perform my duties, yet keep myself tournament-ready, which was a tough task,” he says. Suhas would practice for three hours at night.
Though normally cool and collected, it was noted that Suhas constantly talked to himself during the finals. “That’s because I wanted to release the pressure. I didn’t want to let pressure affect me,” he says, adding that the biggest realisation for him was that challenge takes place “between the ears.”
The Computer Engineering graduate from NIT Karnataka says he is glad he’s been able to dispel the myth that studies and sports cannot go hand-in-hand. His biggest motivation has been his family and without their support he couldn’t have achieved anything, he acknowledges. “I couldn’t give time to my family and I have been constantly working and playing, but they were able to cope. I updated my wife on all that happened at the Paralympics, and spoke her both before the finals and after the game too,” he shares.
Suhas believes that the good things in life aren’t easy to come by, and what comes easy isn’t worth having. But “sometimes you win, sometimes you lose. The key is to learn and move on,” he says, signing off.