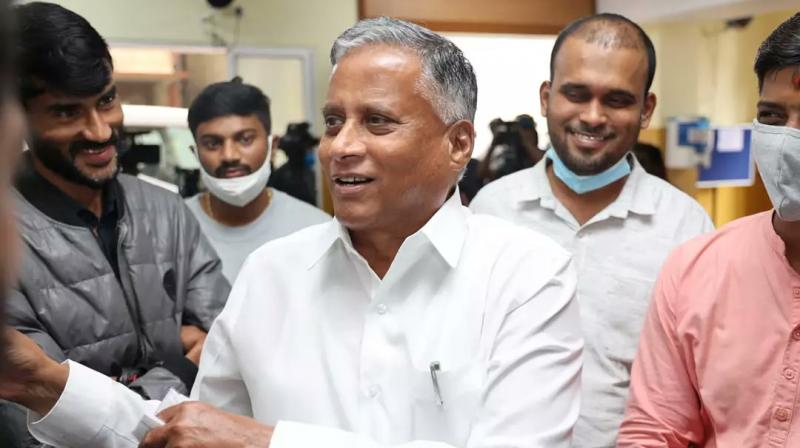 Bengaluru: Months after the departure of BS Yediyurappa from Chief Ministership of Karnataka, two ministers are staking a claim for the post of minister-in-charge of Bengaluru Urban deepening the crisis in the Karnataka BJP even as Chief Minister Basavaraj Bommai is deliberating on whom to choose.

Senior minister V Somanna slammed R Ashoka and put forward his candidature for the important post in the capital city of Karnataka.

V Somanna, Minister of Housing and Infrastructure Development, while talking to reporters on Saturday referred to his seniority over R Ashoka, Minister of Revenue.

"Ashoka was just an MLA when I was a minister. I don't know why his father named him Ashoka. He behaves like Samrat Ashoka. He must know I am more senior than him and I have been in politics for last 40 years," said Somanna.

Responding to Somanna's statement, Ashoka said, "I have not demanded any district in charge post. The chief minister's authority is to appoint a minister-in-charge. I am committed to the Chief Minister's decision."

The infighting between the two ministers is leading to the creation of two different camps inside the party, a problem which the BJP Karnataka has been reportedly dealing for some time now. However, most leaders in the state back Somanna over Ashoka for the post.

"Most of the leaders in Bharatiya Janata Party wants V Somanna to be given the responsibility to manage Bengaluru City instead of Ashoka. But at this point of time it is clear that both the ministers are creating two teams to take the responsibility of Bengaluru," said sources in the government.