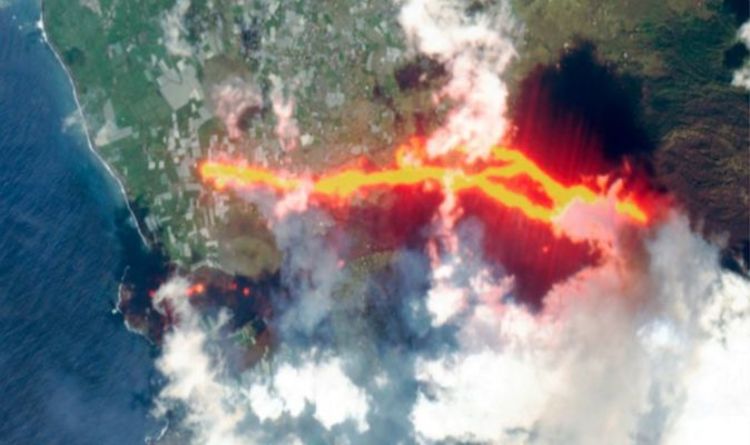 Three weeks after the volcano first erupted it shows no signs of stopping. A post by geoscience page VolcanesyScienciaHoy, based in Tenerife, suggests the is showing “worrying signs” that magma is moving upwards, meaning new fissures could open up and new lava would erupt. 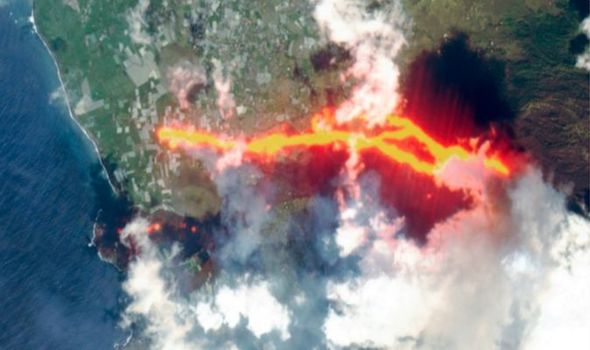 On Monday the government told people to stay in their homes after a cement factory was set on fire by the volcano.

23 mins ago07:33The magnitude of the volcano

According to the European Copernicus service, 1,281 buildings have now been affected and 132 hectares of farmland have been damaged.

Tuesday marks the 24th consecutive day of activity after the volcano began erupting on September 19.

The new lava streams that emerged over the weekend after a partial collapse of the northern flank of the cone have increased magma output.

The northern river of lava has two tranches, the southern one, which has flowed into the original stream of magma, and a new and northern one located the Los Llanos de Aridane industrial estate.

The new lava stream is being monitored closely.