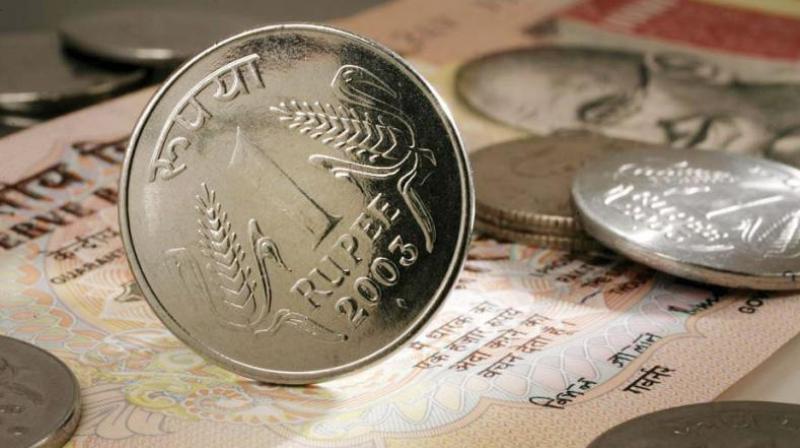 Mumbai: The rupee ended sharply weaker by 37 paise on Monday at 75.36 against the dollar as crude oil prices surged to a seven-year high and the dollar strengthened against a basket of major currencies in early Asian trade.

Another factor pulling down the local currency was a rise in US bond yields and a strong dollar index, which pressured the rupee as investors felt that the US Federal Reserve may likely begin tapering its massive asset purchases from November. The dollar index, which gauges the greenback's strength against a basket of six currencies, was trading 0.23 per cent higher at 94.28.

India's benchmark 10-year bond yield closed at 6.34 per cent, its highest since April 17, 2020. The yield had ended at 6.32 per cent on Friday. Bond prices and yields move in opposite direction.

India imports 80 per cent of its oil needs and high prices result in increased imported inflation and have a spiralling impact on the prices across other sectors. The Monetary Policy Committee of the RBI on Friday lowered its full year inflation projection to 5.3 per cent from 5.7 per cent but sounded cautious about the impact of high global crude and other commodity prices on inflation.

Anindya Banerjee, deputy vice-president, currency derivatives at Kotak Securities said, “The USD-INR spot closed at the highest level since July 14, at 75.35, thanks to a combination of rising oil prices, rising US bond yields, and a strong US Dollar Index. The only missing ingredient remains a weak equity market. If that is obtained, then the upward momentum can increase in USD-INR.”