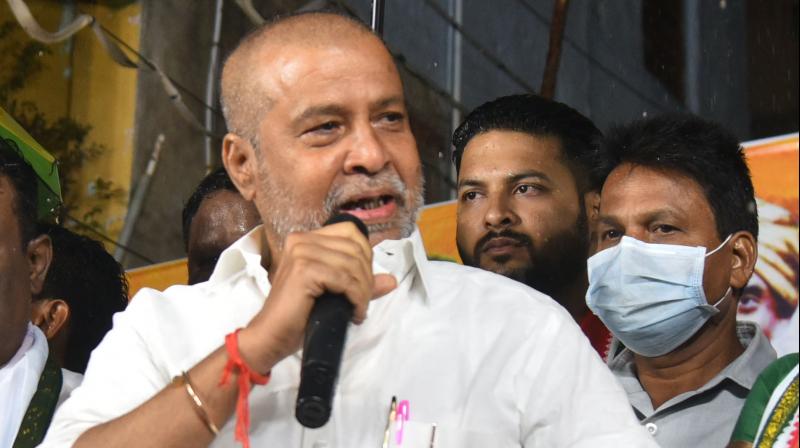 Karimnagar: Expose failures of both state and central governments, who are focusing on their own agenda rather than people, emphasised senior Congress leader and deputy chief minister Damodara Rajanarasimha.

Addressing key campaigners of party leaders for the Huzurabad by-poll here on Sunday, he underlined that it must be informed to students and educated unemployed youth that the ruling parties at state and centre are playing with their future. They are just bothered about their own benefits and not people of Telangana.

Rajanarasimha pointed out that it is Congress government at the centre that cleared separate statehood for Telangana under the leadership of Sonia Gandhi. But instead of developing Telangana, TRS and BJP leaders are focusing on their own advancement. He asserted that it is Congress, which always strove hard for uplifting weaker sections in the country. For developing Dalit and tribal communities, the party introduced the Scheduled Caste (SC) and Scheduled Tribe (ST) sub-plan.

The former deputy CM said these facts must be brought to attention of each and every household in Huzurabad constituency. He maintained that former minister and now BJP leader Etala Rajendar has not focused on the constituency or people’s development, despite being elected six times as MLA.

Rajanarasimha asked Telangana Pradesh Congress Committee chief A. Revanth Reddy and other party leaders to work hard for the victory of Congress and get its candidate Dr. B. Venkat elected from the constituency with a thumping majority.