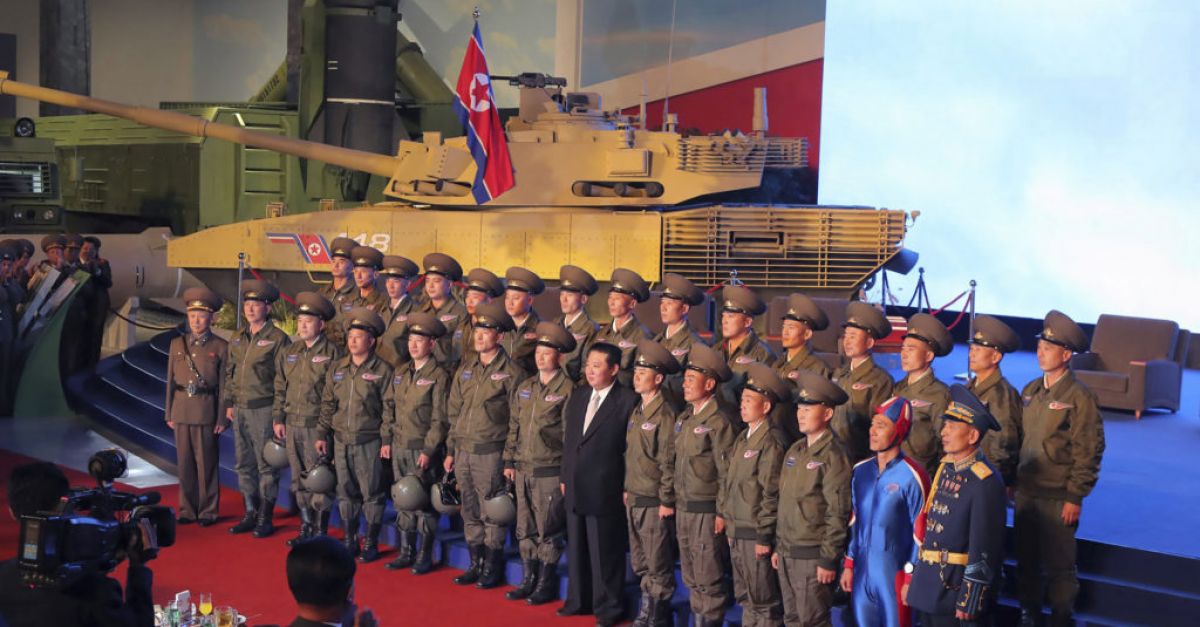 A North Korean soldier clad in a tight blue outfit in a state media photo has generated a buzz on social media, with some calling him “a superhero”, “a captain DPRK”, or “a rocketman”.

He was among nearly 30 soldiers who posed for a photo with leader Kim Jong Un during an exhibition of weapons systems on Monday.

North Korea published photos of the event the following day.

They all mostly wore olive green uniforms, the most common colour for North Korean military uniforms.

Only two of them wore different colours – the one in the blue outfit and the other in a navy-blue uniform, which is not that unusual. Kim Jong Un wore a dark suit.

Some Twitter users in South Korea and elsewhere joked about his appearance, saying he looks like a “human cannon ball”, or the North Korean equivalent of Captain America.

Others called him a “superhero,” a “captain DPRK” – the official acronym for North Korea, a “rocketman”, or a member of (non-existent) North Korean space forces.

North Korean state media did not identify the man. But Jeffrey Lewis, of Middlebury Institute of International Studies at Monterey, in the US, tweeted that “It seems he’s the parachutist”.

Other photos showed Kim Jong Un watching a group of jets flying in a formation during an air show ahead of the exhibition.