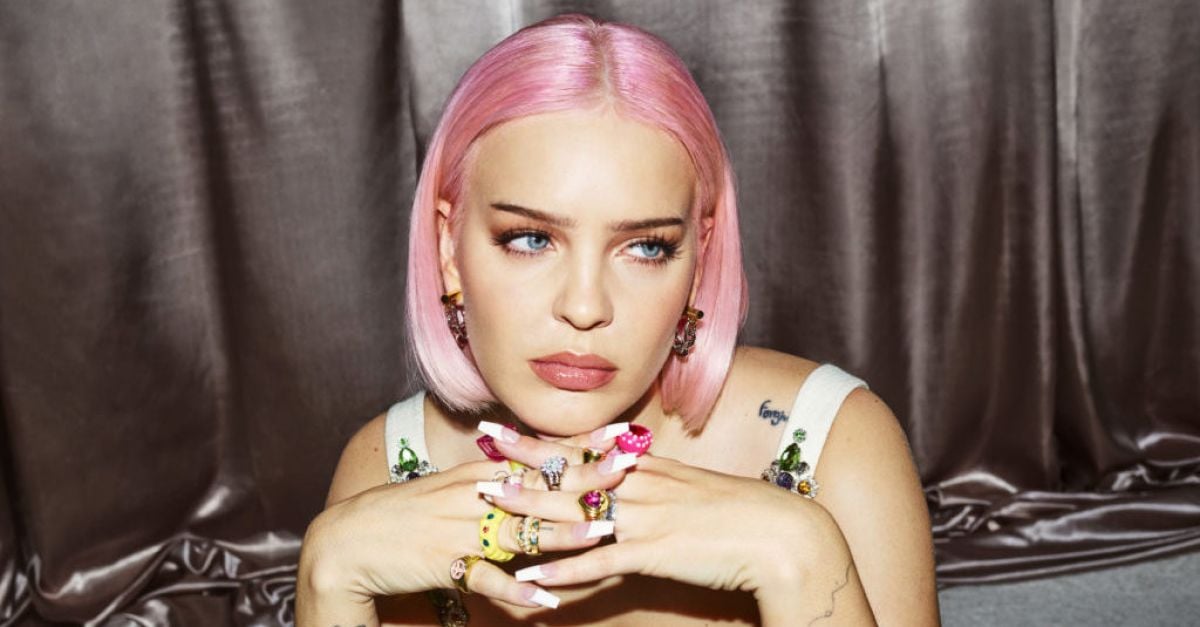 Anne-Marie has been on a bit of a journey of self-discovery. After years of struggling with anxiety, depression, disordered eating and body shame she’s now in a good place – and, crucially, she’s stopped worrying about what other people think.

“I’ve struggled with it whole life, worrying too much what people think about you. I wasted so much of my time worrying, instead of enjoying life,” says the singer.” The moment I actually began to like myself — and love myself — people’s comments didn’t go in too much, into my heart.

“That’s the starting point: when you start to love yourself, everything else doesn’t really matter any more.”

Anne-Marie shot to fame collaborating on hits with Clean Bandit and Rudimental, and has released two hugely successful albums — Speak Your Mind and Therapy — before becoming a coach of ITV’s The Voice back in January. But it’s sometimes easy to forget that even the biggest stars might be suffering beneath the surface.

“It doesn’t matter what you have — it’s all inside your head,” says the Rockabye singer, 30.

“I feel like if anyone is well off or got a great job or doing well in any way, we think it’s impossible for them to have problems.”

But mental health issues are so often invisible, she explains, and “you never know what someone else is going through”.

In her debut book, You Deserve Better, Anne-Marie reveals she spent years limiting herself to ‘beige food’ and not eating enough in an obsession to be thin, later buying pills to put on weight, when she wanted to be curvier while touring with Rudimental.

She opens up about an incident in school that left her isolated and lonely and affected her entire life since — when she talked to her year nine boyfriend’s friend ‘in a flirty way’ on the phone.

‘People stopped speaking to me, they wouldn’t sit next to me in lessons. The atmosphere at school was honestly like I had killed someone,’ she writes, recalling how she felt such shame that she retreated, and then later rebelled.

“I let it fester in my head, and it became this massive thing, which was like the worst thing ever. Looking back now, I honestly think if I’d just gone home and [told] my mum and dad, they could have changed my whole perspective,” she says.

“It ate me up for so long. [It took] until my adult life to figure things out — it took that long to overcome something that happened at school.”

In her mid-20s, when her career was taking of, her mental health was actually spiralling, and she describes suffering from OCD, episodes of dissociation — where you feel disconnected from your body and the world around you — and severe depression.

She had developed a paranoia that people were inherently evil and an obsession that she had to be liked by everyone.

“Our brains are so powerful that they can make us think anything and make us feel anything,” she says.

While obviously “horrific and horrible” in so many ways, Anne-Marie says the first lockdown in 2020 created time to tackle her issues, as the distractions of touring and her busy music career dropped off.

“Without lockdown, I wouldn’t [have] written [the book], I wouldn’t have found therapy,” she says, which she credits with helping her feel “better and stronger” than ever before.

She credits weekly therapy sessions with helping her like and, eventually, love herself — which has transformed how she feels about her body.

“I grew up and saw skinny people everywhere, so my generation wanted to be skinny, and the generation growing up now need to have a big bum, it’s so mad how powerful these images are to people,” she muses.

So how does she feel about her body now?

“I feel really good,” she says. “I look the same, but I’ve changed how I feel inside. I’ve also just realised it’s so much effort to try and make myself look a certain way, when I don’t. So I’ve finally accepted that I’m just going to have the body shape that I do — because my bloody skeleton is a certain shape, I can’t change my skeleton shape!

“I’ve struggled so much with that, but now it’s definitely different.”
In fact, her newfound self-love has radiated through all areas of her life, including how she feels about relationships.

Having grown up watching musical theatre and ‘perfect’ love stories, “I definitely got stuck on having this fairy tale — and it never seemed to be that way in real life,” she explains. “But the moment I started to love myself more, it fell into place really.”

Although private about her romantic life, she revealed she has been cheated on in the past, and taken the ex in question back.

“I will never allow that again; I mean, I’m sure it will happen to me, but I will never put up with it. I will never make myself sad to make someone else happy.

“If someone isn’t making me feel good, I would leave that situation,” she adds.

“But before, I would have felt like I’d have to stay and make it work, and put up with it. I can’t tell you how important it is to love yourself from the inside-out; it’s not a selfish thing to put yourself first and your health first.”

The stigma still attached to having therapy in the UK is damaging though.

“I think it might be a British thing, where we just hold it together and don’t ask for help. We think that’s the strong thing to do,” she says.

“And I get it, I feel like over the years, we’ve made people think that you only get therapy when you’re traumatised by something, or you’re going through something really bad and need help.

“Whereas actually, therapy is literally an everyday thing. I have therapy once a week — sometimes I feel completely fine, I don’t have any problems that have happened that week, I don’t feel sad, and I’ll go to therapy and [find] there are still things that I understand much better after speaking to someone.

“I write a diary every night. I started writing one at the start of this year, and it’s the best!”

She also does jigsaws, knitting, cooking, and grows her own vegetables now, all of which she says contribute to good wellbeing.

Her book aims to be a practical manual to help other people with self-esteem problems or mental health issues, with exercises and pages to fill out — like listing all of your unique qualities, or what you’re like as a friend.

“It took me too long to get to the point of actually loving myself,” says Anne-Marie. “And I don’t want people to have to wait as long as I did to get to that point.”

You Deserve Better by Anne-Marie is published by Orion Spring in hardback and is out now.