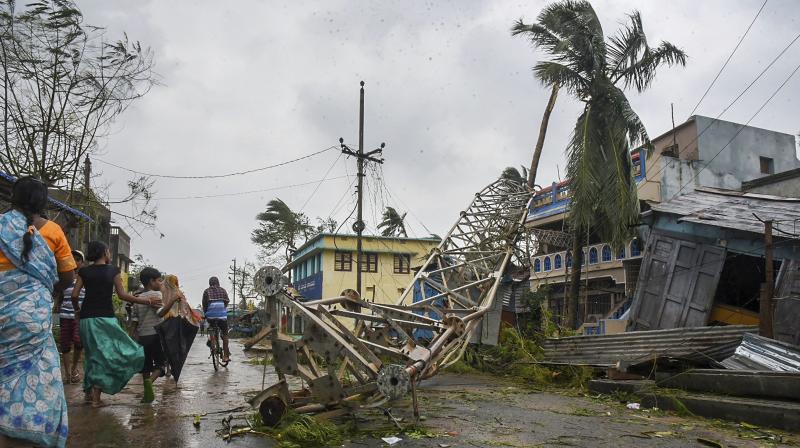 VISAKHAPATNAM: The Telugu Desam (TD) and the YSRC activists clashed near NTR statue in Akkupalli in Vajrapukotturu mandal in Srikakulam district over delay in disbursing cyclone Titli relief to the farmers of Uddanam in the district, on Monday morning.

TD MLA from Ichapuram Dr Bendalam Ashok and party’s general secretary Gouth Sirisha led a dharna to protest against the delay. Moments after the dharna began, YSRC workers rushed to the venue and tried to prevent the peaceful protest. At one stage, there was an exchange of blows between the two groups. The police dispersed the two groups and sent the YSRC activists away from the venue. A large number of police personnel were deployed to prevent any further trouble.

Ashok told this correspondent that the Titli cyclone in 2018 destroyed coconut orchards in 15,000 hectares and cashew in 23,000 hectares in Uddanam area of the district. The TDP government paid Rs 294 crore as immediate relief to the farmers. The MLA said 1.06 lakh farmers each were given Rs 1,500 per tree and Rs 30,000 per acre to cashew farmers.

Chief Minister Y.S. Jagan Mohan Reddy, during his Praja Sankalpa Yatra, assured the farmers that he would double the coconut tree compensation from Rs 1,500 to Rs 3,000. After coming to power, the government announced that 16,000 farmers' names were fraudulently entered and another 6,000 farmers had land holdings above five acres. The officials assured them that a fresh survey would be conducted for the award of the compensation.

The MLA said a team of horticulture officers, led by additional director of horticulture, prepared the list of 1.06 lakh farmers and it was approved by the government.

He said a dharna was also held in Mandasa on Sunday which was attended by Lok Sabha member Kinjarapu Rammohan Naidu to put pressure on the government to pay the compensation.

Horticulture officials said they would be completing the survey soon after which compensation would be disbursed.