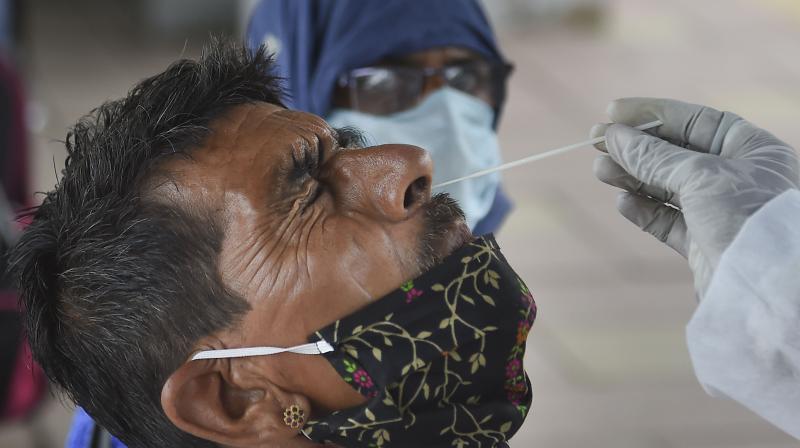 Hyderabad: Indigenous or tribal populations like the Andaman tribe Onge, who lived in isolation, have a special kind of genes that make them susceptible to Covid19, according to a study published by CSIR-CCMB in the Genes and Immunity journal.

The genetic material putting the tribal populations at higher risk of Covid infection is present due to their system of descent from the same ancestors, via marriages. Their children thus have a higher rate of identical genes. This increases the risk of mutations in smaller population groups.

With the aim of preserving their ethnicity and culture, this gene population does not marry from outside their group. As a result, there is the absence of diversity in their genes.

Dr Kumarasamy Thangaraj, director of CDFD Hyderabad attached to the CSIR-CCMB says, “We have investigated a high-density genomic data of 1,600 individuals from 227 ethnic populations. We found a high frequency of contiguous lengths of homozygous genes among Onge and Jarawa Andaman tribes and a few more populations.”

These tribes live in isolation and follow a strict endogamy. Tribal population forms 8.6 per cent of the nation’s population and number 10.4 crore as per the 2011 Census.

The Government has recognized 705 ethnic or tribal groups but there are many more who have not been identified. Tribal populations are mainly of Gond, Bhils, Santhal and Advisasi whose numbers are large.

The study found that Great Andamanese and Onge populations have a high frequency of mutations.

“For the first time, genomic data was used to assess the risk of Covid19 on the small and isolated populations,” said Prof Chaubey, Professor of Molecular Anthropology at BHU, Varanasi.

The study arrived at the conclusion that high-priority protection and utmost care for these isolated populations are a must. Dr Vinay Kumar Nandicoori, director at CCMB says, "We cannot afford to lose some living treasures of modern human evolution. Steps must be taken to protect them. The pandemic in Brazil has seen twice the death rate among the indigenous population compared to the normal population. Some of these communities are on the verge of extinction in Brazil. In the South Asian region, these indigenous people must be protected from Covid19."