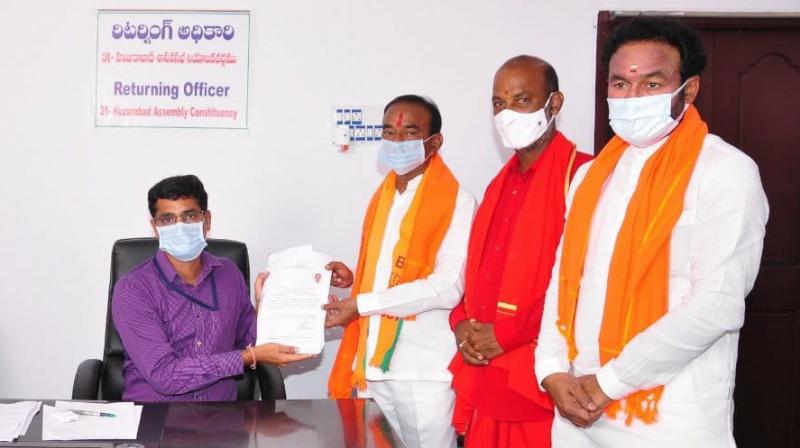 KARIMNAGAR: Fortytwo candidates remain in the fray for the Huzurabad byelections after election officials reject the nominations of 19 others after scrutiny of their papers on Monday.

Returning officer Ch. Ravinder Reddy said 61 candidates had filed 91 sets of nominations. After scrutiny, nomination papers of 42 candidates were found intact and duly approved. The last date for withdrawal of nominations is October 13, he informed.

The nomination papers of three persons having the same name as BJP nominee Etala Rajendar —including Emmadi Rajendar, Eppalapalli Rajendar and Esampally Rajendar — were rejected for not producing proper documents.

Of the 42 candidates in the fray, 10 are from registered political parties, including Gellu Srinivas Yadav (TRS), Etala Rajendar and Balmuru Venkat Narsing Rao (Congress). Among the 32 independents is Etala Jamuna, wife of Rajendar.