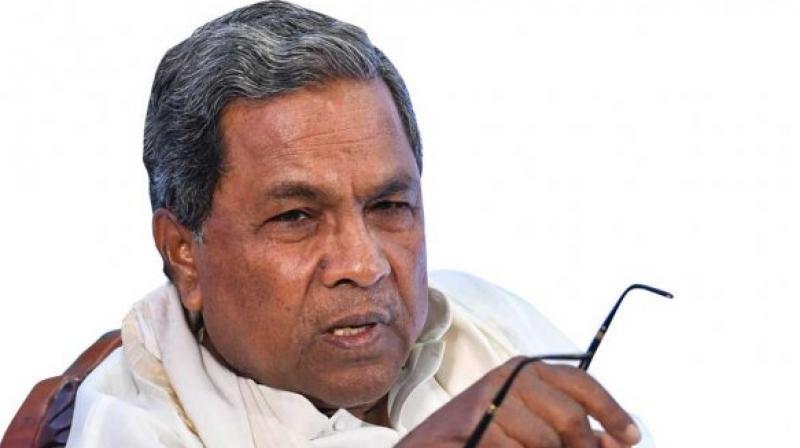 Bengaluru: Karnataka's leader of the opposition and senior Congress leader Siddaramaiah, while reacting to the reports of possible power cuts due to coal shortage, accused the state government of creating an artificial deficiency of coal in the southern state only with an aim to privatisation of thermal plants.

The former Chief Minister of Karnataka on Monday said that the state has enough electricity production, reservoirs are full and he doubts that the issue of coal deficiency is real.

"We are against privatisation, we have enough electricity production, our reservoirs are full, we have solar energy production, we don't have a deficiency of coal in the state. I have doubts that the state government is creating artificial deficiency," Siddaramaiah said.

"Karnataka state government is trying to privatise and that is the reason these people are creating a private deficiency of coal but we are against it, we are against privatisation," he added.

Chief Ministers from across the country have flagged the power crisis issue that might arise in their respective states due to coal shortage in power generation plants. These states include Delhi, Bihar, Andhra Pradesh, Karnataka, Punjab, and Chhattisgarh.

On the issue reported infighting going between senior Karnataka ministers R Ashok and V Somanna for the post of minister in-charge of Bengaluru urban, Siddaramaiah said that they are fighting for benefits that come with the post and not for the interest of Bengaluru.

"Karnataka government don't have any interest in developing Bengaluru, they only fight for Bengaluru in charge post because they know they will get many benefits. That's the reason they want in charge post, that is the reason ministers are fighting," Congress leader added