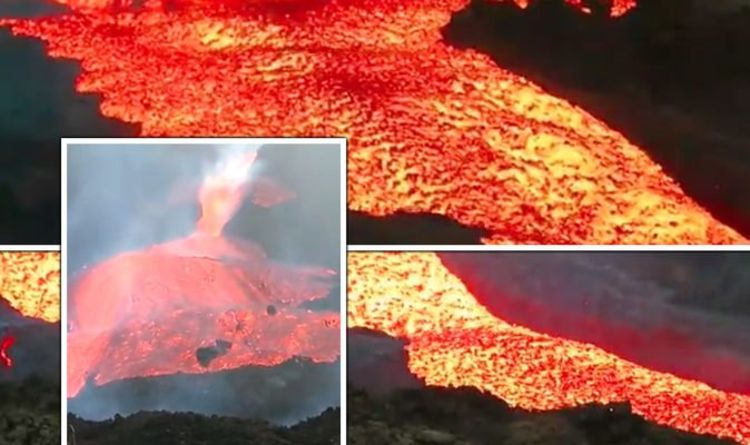 As seen in a video on Twitter, specialists of Canary Islands Volcanic Institute (Involcan) compared the strong current of the volcano to a lava tsunami, which can reach temperatures of up to 1,240 degrees Celsius (2,264 degrees Fahrenheit).

The volcano has been vigorously erupting for close to four weeks now with flowing lava rivers, boulders the size of buildings and ash clouds, leaving a path of destruction in its wake.

In total, around 656 hectares and 1,458 buildings have been damaged, with the lava speed only advancing not slowing down according to CSIC geologist Raúl Pérez.

On Friday morning, around 60 earthquakes were felt on the island. Seismic activity is common after a large eruption. 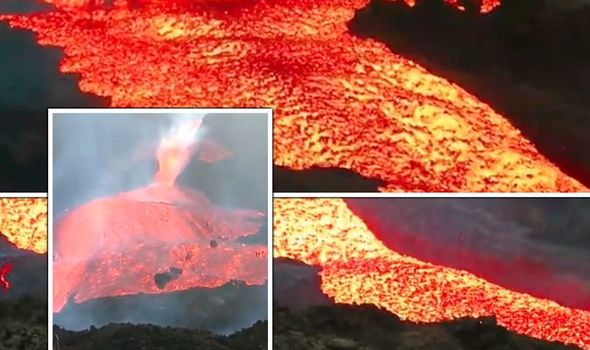 A photographer in the Canary Islands has posted pictures a couple of weeks apart, showing how the ash has completye changed the landscape and obliterated most of the trees and greenery.

Scientists said Twitter that videos taken by the Involcan team the lava flow is progressing “at an incredible speed”. Watch the video below for impressive scenes of the lava tsunami.