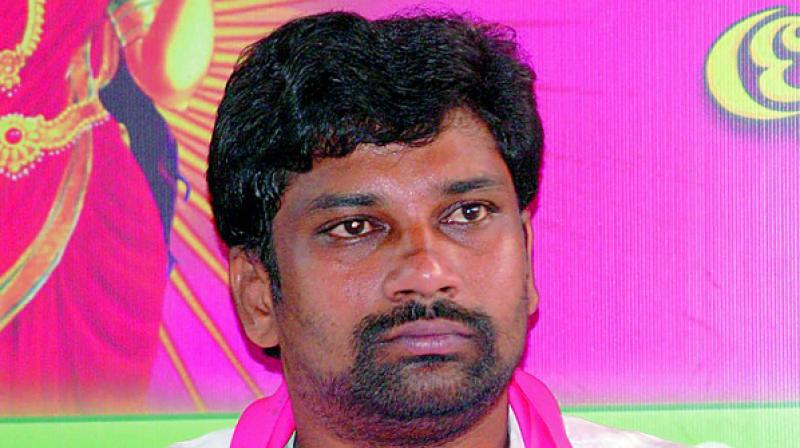 KARIMNAGAR:  The political atmosphere in Huzurabad bypolls took  a vicious turn with government chief whip Balka Suman accusing the BJP of unleashing false propaganda that his car had mowed down a person.

Addressing a press conference, along with MLA G. Balaraju, SC Commission chairman Banda Srinivas and Padi Koushik Reddy at the TRS office in Huzurabad on Tuesday, Suman released pictures of the car and its owner.

The TRS chief whip claimed that the car belonging to one Vishwanath had hit a person at Uppal village in Kamalapur mandal on Monday. The person identified as Raju had died on the spot. Suman charged that to malign the image of TRS, BJP leaders started vicious publicity alleging that Suman’s car had hit and killed Raju.

He accused BJP leaders of only waiting for such an incident to happen. “It has become a habit for BJP to depend on false news. BJP is trying to bring north India culture into Telangana,” Suman stated.

He demanded that BJP sanction ex-gratia of Rs 1.5 crore to family members of deceased Raju immediately.