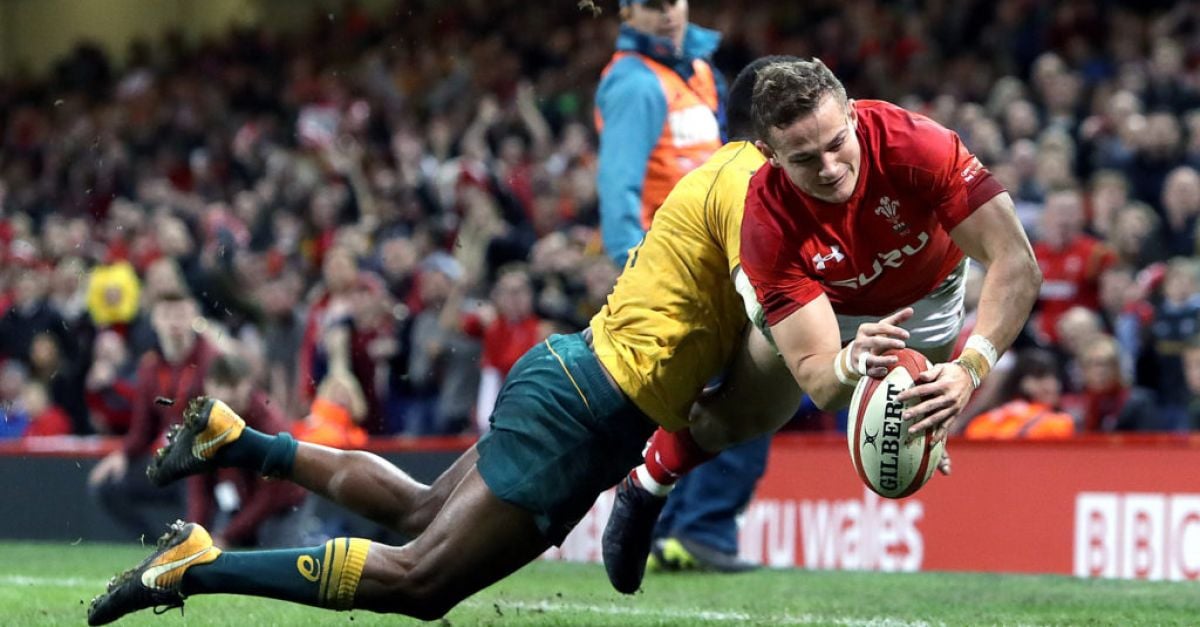 Wales full-back Hallam Amos has announced his retirement from rugby at the age of 27.

Amos, who plays for Cardiff, is quitting the game at the end of the season to focus on his medical career.

“After a decade of professional rugby, the 2021/22 season will be my last,” Amos wrote on Instagram.

“I’m very grateful for the incredible experiences I’ve had over the last 10 seasons, but the time has almost come to face a new challenge.

“It’s always been my intention to finish when I complete my degree and this season aligns nicely with the final year of my medical studies, so a perfect time to transition from pitch to hospital.”

Amos began his senior rugby career at the Newport-based Dragons and made his Wales debut at the age of 19 against Tonga in 2013.

He joined Cardiff in 2019 after eight years at the Dragons and played at the 2015 and 2019 World Cups, winning the last of his 25 Wales caps against Argentina in July.

Amos added: “Throughout my years combining university with a rugby career I’ve had plenty of support – from the WRU, from the Dragons for the first few years of my career, from Cardiff Rugby more recently, and from Cardiff Uni itself – and I’ll always be thankful for their willingness to accommodate both aspects of my life.

“Particular thanks to Dai (Young, Cardiff director of rugby) and Wayne (Pivac, Wales head coach) who have been understanding over the last couple of weeks as I’ve talked to them about the thought process behind my decision.

“Retiring at 27 will definitely be strange, but I’m fully committed to Cardiff for the rest of the season and hopefully I can finish on a high over the next few months.”

Young told the Cardiff website: “Obviously it will be disappointing to lose a player of Hallam’s quality and he has plenty of rugby left in him, but you can only admire his decision.

“Not many players get to go out on their own terms, and to switch from rugby to a full-time career in medicine sets him up for a long and fruitful career.

“Hallam has worked incredibly hard to juggle rugby and his studies up until now and has achieved a huge amount in the game both at regional and international level.

“He will remain an important figure for us for the remainder of the season and can play without the pressure of the decision hanging over him.

“For now, the focus is on Cardiff and enjoying his rugby and next summer we will wish him all the very best for the future.”