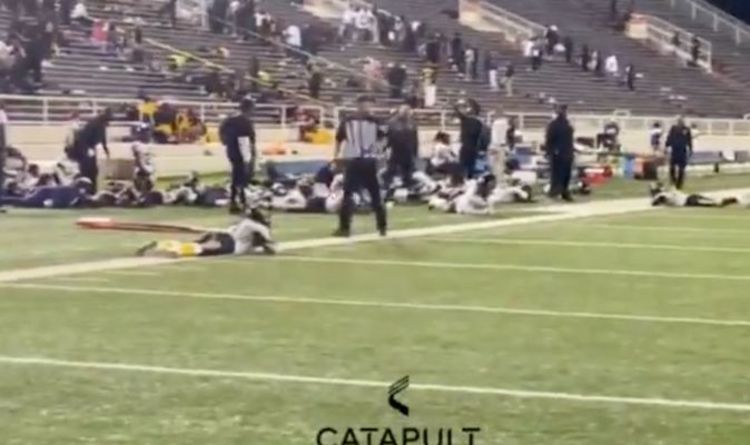 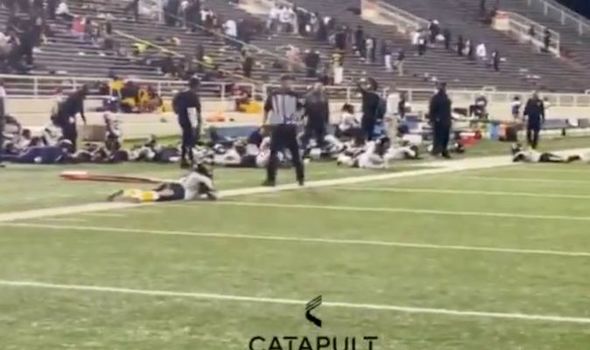 A high school football game between Vigor and Williamson erupted into chaos on Friday night after shots were fired “in the stands” according to a witness.

Local police are currently investigating the incident and have confirmed at least one person has received life-threatening injuries while many more were left with minor injuries.

A reporter from WKRG5 currently on the ground says around two dozen police cars arrived at the stadium to secure the perimeter.

Miska Barne, an onlooker at the stadium told WKRG: “The experience itself was horrible. Let’s pray for their families.”

WATCH: This is the moment on the MCPSS game broadcast between Williamson and Vigor when shots rang out in the concourse at Ladd-Peebles Stadium. The PA announcer is heard telling fans to “cover themselves” as people run onto the field and throughout the stadium.

Horrific footage from the scene published on Twitter by Jeff Martin (@Jeff_XOS) shows the audience panicking and leaving the bleachers.

Some players immediately lay down on the grass for protection as the stadium speaker was heard saying “cover yourself and protect yourself.”

People can be heard screaming in confusion and panic.

Ms Barnes told WKRG: “It’s a shame you can’t come to a high school football game without this kind of nonsense!”

“This should not be happening anywhere!”

The game was stopped shortly before 10pm local time with just 5.49 minutes left on the clock before the shots were heard.

Mobile police has asked anyone with information on the shooting to contact them at 251-208-7211.

Ladd-Peebles Stadium was the scene of a mass shooting in August 2019, when 9 people were shot at the end of a football game between two high schools.

A 17-year-old boy later turned himself in and was charged with attempted murder.