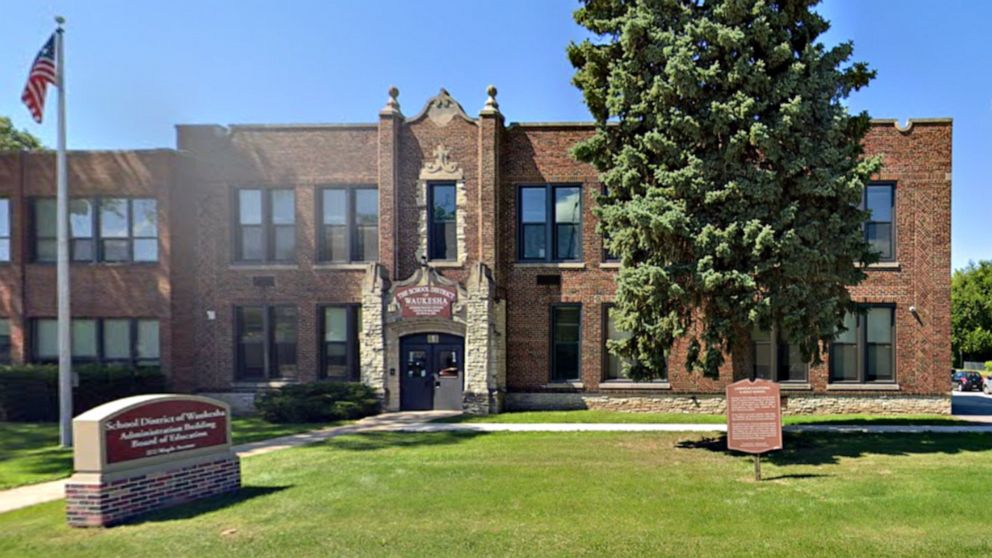 A Wisconsin beer maker is crowdfunding legal battles for parents whose children have contracted COVID-19 at schools, as pandemic mitigation protocols like mask mandates remain a hot-button political issue in the U.S.

In a pair of back-to-back lawsuits filed this month in the state’s Eastern and Western districts, two Wisconsin parents are suing two separate school districts after their children contracted COVID-19. The nearly identical lawsuits allege that a premature axing of mask mandates and other policies at schools is what led to their children becoming infected with the virus at a time when those younger than 12 aren’t eligible for any of the vaccines.

The legal action comes as pediatric COVID-19 cases have trended upward in recent months. Since the pandemic began, children under the age of 18 represented 16.3% of total cumulated cases, but for the week ending Oct. 7, children were 24.8% of reported weekly COVID-19 cases, according to data released this week by the American Academy of Pediatrics and the Children’s Hospital Association. Children make up 22.2% of the U.S. The AAP and CHA data set notably includes those under 12 not eligible for a vaccine, and those 12 and older who are.

Both lawsuits are being funded by the Minocqua Brewing Company Super PAC, a political group started by Kirk Bangstad, owner of the Minocqua Brewing Company, who said he started fundraising for political causes after he says state and local pandemic policies gutted his business and that his Republican congressional representatives voted against further stimulus for the hard-hit hospitality industry.

Bangstad said his frustration prompted him to run as a longshot Democratic candidate for state Assembly, but he lost to the Republican incumbent in November. He has not been shy about voicing his anger over the handling of the pandemic in his state, but also insists, “This should not be political.”

Bangstad said he got involved as he watched “obnoxious screaming sessions at school boards across the state” featuring a “very vocal minority” that he says spurred the rapid rollback of most pandemic mitigation policies in the classroom, including mask mandates.

“I was like, ‘Who’s fighting this on the pro-science, pro-intellectual, reasonable side?'” Bangstad told ABC News.

When he put out a call on his business’ Facebook page, Bangstad said he was inundated with messages from parents and teachers across the state concerned about how their children — many still ineligible for the vaccine — were contracting COVID-19 and spreading it wider in the wake of these policies ending.

“I was flooded with parents who were scared, who were angry, and they felt helpless to protect their children,” he said. “It seems like just the huge majority of people in Wisconsin just are like, ‘What is going on?'”

He said after some “brave parents” came forward, he spoke to his lawyer about what actions they could possibly take to help, and told the parents he would fund all expenses associated with any litigation.

They are not seeking monetary damages, but rather injunctive relief, he added, saying the goal of the suits is to “protect kids, teachers and communities.”

“We don’t want any money from school boards — the school board, school districts are already strapped enough,” he said.

Bangstad formed his Super PAC just days before the Jan. 6 insurrection at the Capitol building, and says anger related to the riot led to a flood of local donations to his fund, which he said he would use to “make northern Wisconsin more progressive.” When he put out a more recent call asking for donations to fund the lawsuits, Bangstad said they received some $50,000 in approximately three days — with an average donation of $40.

“It’s not big money coming from Big Tech or anything, it’s grassroots effort with concerned parents who are helping fund this lawsuit,” Bangstad said.

In the first of the lawsuits, filed in federal court for the Eastern District of Wisconsin, lead plaintiff and parent Shannon Jensen is claiming two of her sons contracted COVID-19 after the school lifted its mask mandate. Jensen is suing the Waukesha district and the school board, saying their “reckless refusal to implement reasonable Covid19 mitigation measures” directly led to her oldest son’s infection, according to the complaint filed on Oct. 6.

“The School District of Waukesha’s refusal to implement reasonable Covid-19 mitigation strategies, not only affected our immediate family, but if we had been notified sooner of my oldest son’s close contact with someone who was diagnosed with Covid-19, we could have prevented possible further community spread of the virus,” Jensen alleges, according to the complaint, saying that in the 24 hours before her oldest son started exhibiting symptoms he attended a Cub Scout camp, church, church school, a church festival, a community parade and a community car show, “potentially exposing hundreds of local citizens.”

The superintendent of the Waukesha School District declined ABC News’ request for comment on the pending litigation. A school board member also declined to comment.

In the second suit, filed earlier this week in the Western District, parent Gina Kildahl alleges her child also contracted COVID-19 due to the Fall Creek School District and school board “recklessly refusing to implement the reasonable and scientifically supported COVID-19 mitigation strategies recommended by the Wisconsin Department of Public Instruction and the Centers for Disease Control,” according to the complaint.

“The failure by this class of Defendants to take adequate Covid-19 related safety measures has needlessly and recklessly placed Wisconsin school children and their communities at risk of serious illness and death,” the complaint added.

Both lawsuits are seeking class-action status and declarative and injunctive relief.

As a new school year just kicked off, school districts across the country have found themselves facing a slew of challenges in response to pressure from parents and teachers — especially as the more contagious delta variant spreads further.

Multiple recent studies published late last month in the Centers for Disease Control and Prevention’s weekly report on infectious diseases have shown that masks effectively slow virus transmission and prevent school closures. One of the studies, from researchers out of Arizona and the CDC, found that the odds of an outbreak were 3.5 times higher in learning environments without a mask requirement. Some parents opposing masking at schools have argued that COVID-19 cases in children are less severe, though data on long-term impacts of the virus on children is still being studied.

“We don’t want to screw over school districts,” Bangstad said, saying he sees the proliferation of anti-science and anti-vaccine misinformation as the bigger issue and root cause behind conflicts that are emerging in classrooms. Beyond schools, mask and vaccine mandates in the workplace nationally have faced immense pushback and legal battles across the country. The CDC has stated that COVID-19 vaccines are safe and effective, and multiple studies have shown that mask-wearing can significantly reduce transmission of the virus.

“The immediate goal is to do the best we can to stop the spread of the delta variant in communities in Wisconsin,” Bangstad said of the legal action. “The larger goal is to bring awareness to people in our state that this misinformation they’re getting on conservative talk radio and QAnon groups is hurting people — and is in fact misinformation and not based in science.”

5 dead, over 40 injured after car plows into crowd at Wisconsin Christmas parade