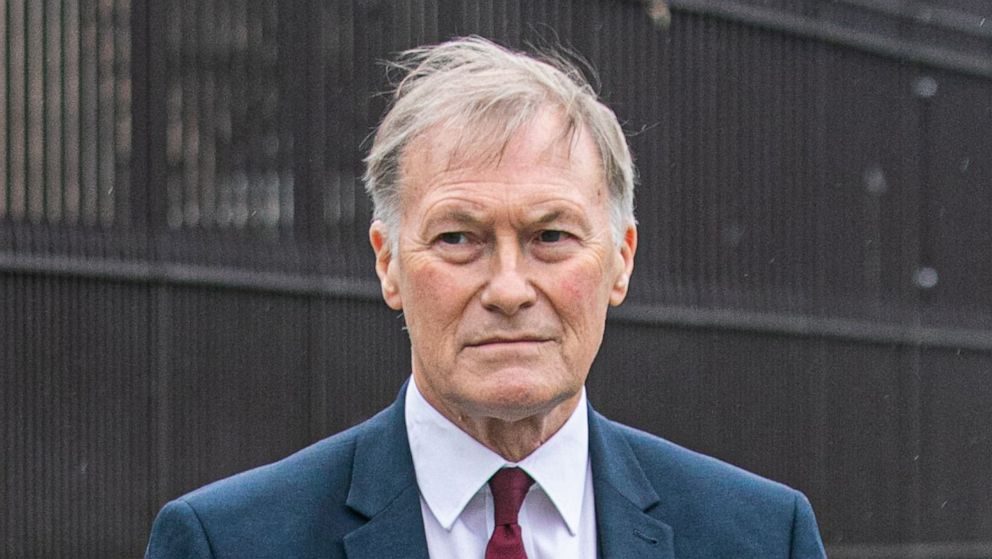 He was attacked while holding his monthly “meet and greet” with voters at Belfairs Methodist Church in Leigh-on-Sea, British outlet Sky News reported.

The attack is being called a terrorist incident and the investigation will be led by the Met’s Counter Terrorism Command. Authorities said the early indication is the attack was tied to Islamist extremism.

Essex Police were called to reports of a stabbing shortly after 12:05 p.m. local time and found a man injured.

“He was treated by emergency services but, sadly, died at the scene,” police said in a press release.

Police said a 25-year-old man has been arrested on suspicion of murder after the stabbing and a knife was recovered at the scene. Authorities are not looking for any other suspects in the incident.

Amess was first elected to parliament in 1983. He is survived by his wife Julia and five children.

Lindsay Hoyle, speaker of the House of Commons, said in a statement, “This is an incident that will send shockwaves across the parliamentary community and the whole country.”

“I am shocked and deeply distressed by the killing of Sir David Amess,” Hoyle added. “‘In the coming days we will need to discuss and examine MPs’ security and any measures to be taken, but for now, our thoughts and prayers are with David’s family, friends and colleagues.”

Prime Minister Boris Johnson said in a video statement, “I think all our hearts are full of shock and deep sadness today … He was one of the kindest, nicest, most gentle people in politics.”

Johnson’s wife Carrie also shared a tribute, tweeting: “Absolutely devastating news about Sir David Amess. He was hugely kind and good. An enormous animal lover and a true gent. This is so completely unjust. Thoughts are with his wife and their children.”

In 2016, Labour Party MP Jo Cox died after being shot and stabbed in the street outside a public library where she was meeting with her constituents in Birstall, West Yorkshire.

Her widow, Brendan Cox, shared a tribute as well to Aswell, saying, “My thoughts and love are with David’s family. They are all that matter now. This brings everything back. The pain, the loss, but also how much love the public gave us following the loss of Jo. I hope we can do the same for David now.”