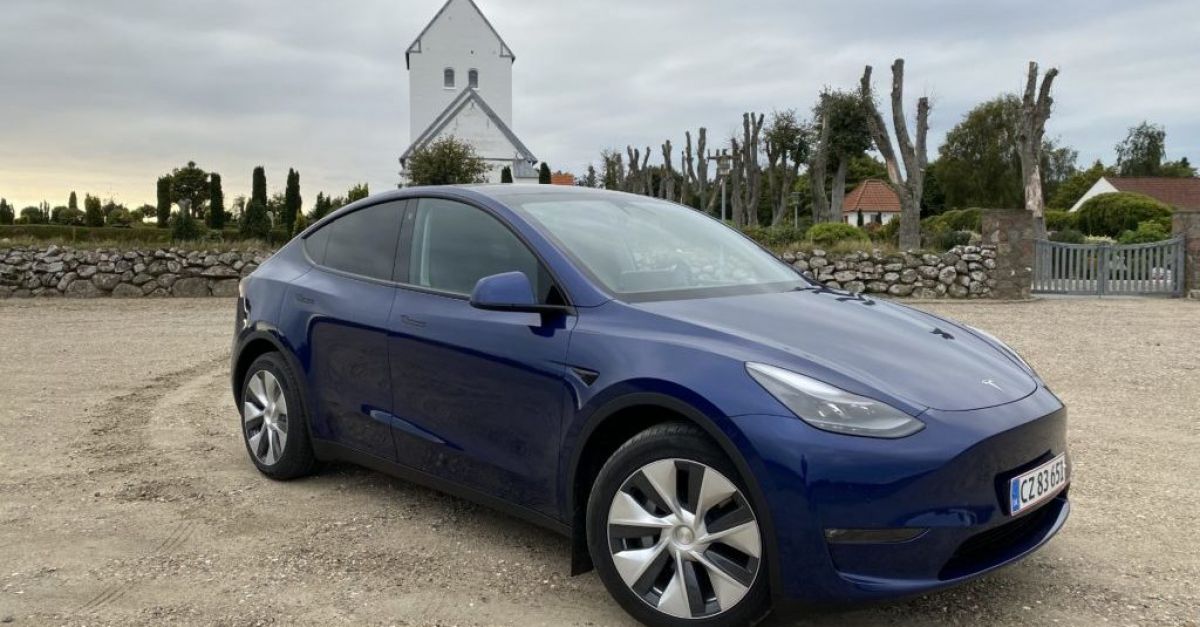 Tesla is taking Irish orders for its new Model Y crossover from this weekend, with prices starting at €69,800 for the long-range version. So what can customers expect?

Well a little more interior space, a little less range than an equivalent Model 3, but the same sparsely laid out cabin.

And we can all expect the same clamour as customers put in their orders for the latest addition from a brand that, despite a growing fleet of rivals, remains the poster child for electric cars. By billing it as a crossover, Tesla is hitting the sweet spot of the car market right now. Yet the styling of the Model Y is perhaps the weakest link. While it looks relatively crossover-coupe in its profile, it looks very odd from front and back.

It’s functional and certainly aerodynamic, but when you consider the efforts and demands Elon Musk made of his engineers during the initial development of the first Model S to make sleek and sporty styled electric cars, it’s disappointing how bland the Model Y has turned out.

In his fascinating book “Power play” on the story of Tesla, Tim Higgins of the Wall Street Journal details how Elon Musk rowed and fought with engineers and designers to make a great looking electric car.

It was the source of constant clashes during the development of Model S. The bulbous Model Y seems more of a victory for wind tunnel engineers who regard the coefficient of drag deciding factor over any styling features. Inside and there remains a sparseness that’s in contrast to rivals, who just can’t seem to shake off the need for a driver’s info screen. Most have followed Tesla’s touchscreen approach and a few even copy its big tablet in the centre, but they still keep a few buttons littered around the car.

Tesla, however, remains fundamentalist in its determination to do away with buttons and knobs. Two stalks on the steering column and two roller balls on the wheel are all you get. Plus, of course, that 15-inch touchscreen with layers of menus to work through.

In truth, while we griped and moaned about this format when it first came out, you eventually get used to it, and on the plus side there’s a decent voice control system to fall back on when you get frustrated.

Better news on the practical front: there’s loads of legroom and a cavernous boot. While the Model Y shares its platform and much else with the Model 3, it offers a lot more legroom and headroom than its sibling.

Behind the wheel, the Model Y is one of the sharpest steering Teslas we’ve driven. It’s a lot more precise than others in its range and while the ride can seem a little hard at times, the benefit comes in its handling.

For a car this size it’s remarkably agile. At a recent European Car of the Year track test session we attended, the Tesla was pitted against rivals on an elk test. This involves making sudden avoidance manoeuvres at speed – to avoid elks, for example.

Out of 30 new models tested, including direct rivals to the Model Y like the new Ford Mustang Mach-E, VW’s ID4, Skoda’s Enyaq, Audi’s Q4, Hyundai’s Ioniq5 and Kia’s EV6, the Tesla won the day. The Model Y managed to navigate the course at 76km/h without any cones being hit. That was faster than many sportier hatchbacks also tested on the day.

Acceleration is as snappy as we’ve come to expect from these electric cars, those it’s also smoother than on earlier iterations of Tesla and the official time of 5 seconds for the long-range all-wheel-drive version we tested is on a par with many rivals. What was more impressive were the brakes, which quickly anchored the car and offered more reassurance than is often felt on some EVs. In terms of range, the Model Y claims 488km on a full charge for the performance version and 507km for the long-range one. That’s competitive with rivals, with the Audi claiming 508km and the Ford Mustang Mach E offering up to 610km on its extended range rear-wheel drive version. It’s fair to say none of these cars will leave buyers with much range anxiety these days.

Tesla also has some extra benefits up its sleeve, such as its growing network of superchargers and over-the-air software upgrades that regularly add new features to the car.

So it delivers on practicality and performance, but what about price? Starting at €70,000 that’s at the top end of the price range for these mid-sized crossovers. After all, a buyer with €50,000 or thereabouts can opt for every other new rival to the Model Y, including the premium brand Audi Q4 e-tron.

There’s also the elephant in the room with Tesla: build quality. Again, the US brand seems to be constantly improving in all areas and this car is much better put together than Tesla test cars we’ve driven in the past.

Going back to Tim Higgins’ book, inconsistencies between models on the line were the bugbear of Tesla’s production in the early days. While there were reports of initial issues from customers on some Model 3s when it launched, it was never something that was a problem across the model range and you don’t hear much about that now.

The late arrival of right-hand drive models could be good news for Irish customers as the initial markets may well have ironed out any early Model Y issues.

Judged against rivals, this Tesla holds its ground. Design might not be to everyone’s tastes but particularly on the inside its no-clutter approach is fresher and more innovative than rivals. It’s spacious enough for most families and if you can live with it, then it’s a better buy than the more expensive Model X.

However, it’s a big step up from the Model 3, which starts with a standard version (448km range) for €49,990. For that you get all the Tesla character and kudos in a better looking car.

If you’re determined to go down the crossover route, however, this Tesla is a match for any of its new rivals.