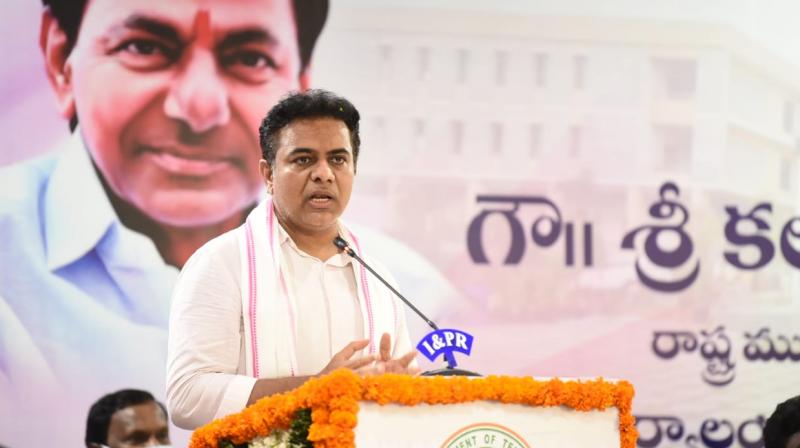 Hyderabad: The TRS will hold a huge public meeting styled as Telangana Vijaya Garjana in Warangal on November 15 to mark two decades of the formation of the party.

Speaking to the media at Telangana Bhavan, the party's headquarters, TRS working president KT Rama Rao said on Wednesday that the party's plenary will also be held on October 25 at Hitex in the city, in which the next party president will be elected. The plenary meeting will be attended by 14,000 elected TRS representatives from across the state, he said.

As per the party's bylaws, the party president’s election should be held every two years. It has also been a tradition to organise the party plenary on April 27 every year marking the party’s foundation day. However, both these could not be held since 2019 due to the Lok Sabha polls in 2019 and the Covid pandemic.

"The Covid19 situation is under control in Telangana now. Vaccination is being done extensively and the state could achieve cent per cent vaccination within a month. Hence, we have decided to organise the party plenary on October 25," Rama Rao said.

However, a unanimous election of chief minister Chandrashekar Rao as party president for another term is expected as it has been the tradition since the inception of party in 2001. No nomination was filed except by KCR.