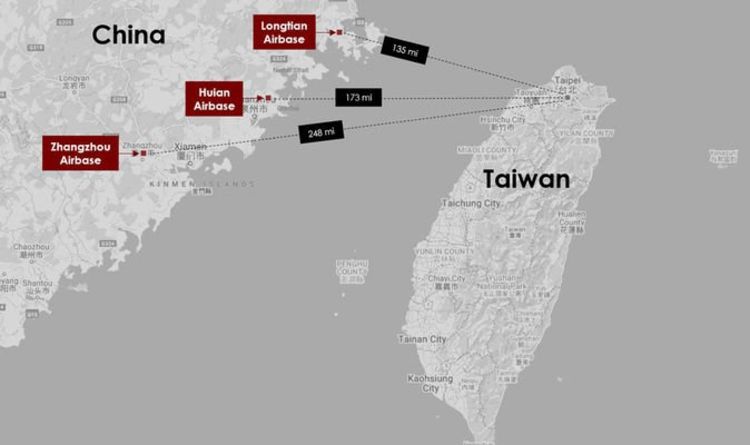 Satellite images have emerged showing has recently upgraded three military bases facing . This has set off new fears that an invasion of the disputed island is nearing, amid heightened tensions between China and Taiwan. There are concerns that China could use the upgraded air bases to launch airstrikes following recent threats of such attacks.

The satellite pictures, taken by Planet Labs and first published The Drive, show that construction work at the bases began in early 2020 and continued throughout the pandemic.

The latest images were taken earlier this month.

The bases are just 100 and 200 miles from Taiwan, amid concerns that the upgrades could be used in support of amphibious and airborne assault operations. 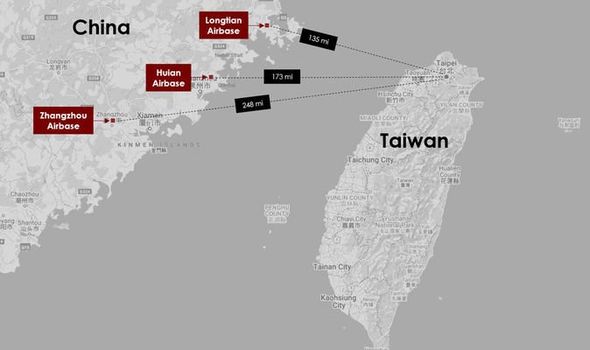 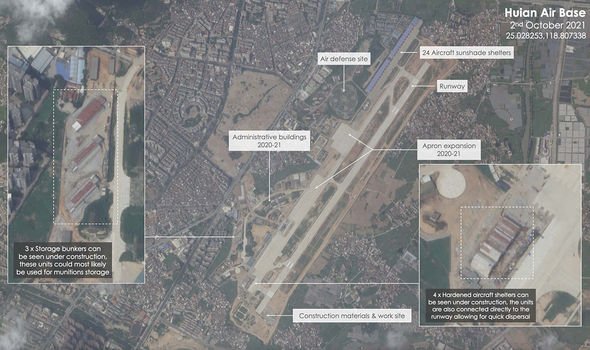 Earlier this month, China flew a record number of sorties – more than 150 – into Taiwan’s airspace.

The upgraded air force bases come as the head editor of China’s state-run newspaper Global Times called for an airstrike to “eliminate” Taiwan-based US troops, who he described as “invaders”.

He called on China’s People’s Liberation Army Air Force to launch a “targeted airstrike” against these enemy forces. 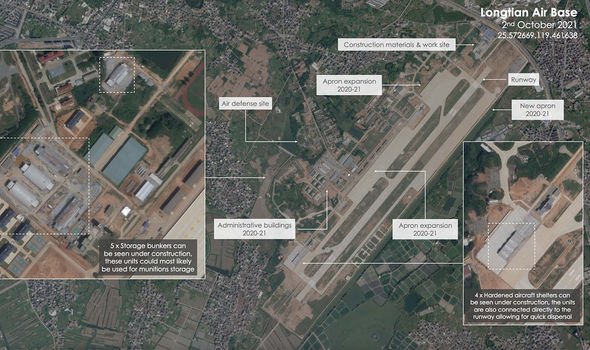 Similarly, a ‘invasion playbook’ released by WION showed that air strikes against US warships and troops could form part of China’s phased attack on Taiwan.

Antony Wong Tong, a China military expert, discussed the upgrades with the South China Morning Post, saying: “Longtian looks like it will be used as an alternate aerodrome after a massive refurbishment.

“While the four new hardened aircraft shelters and the existing functional 24 aircraft sunshade shelters in Huian airbase tell us it will be able to house a full-scale aviation brigade.” 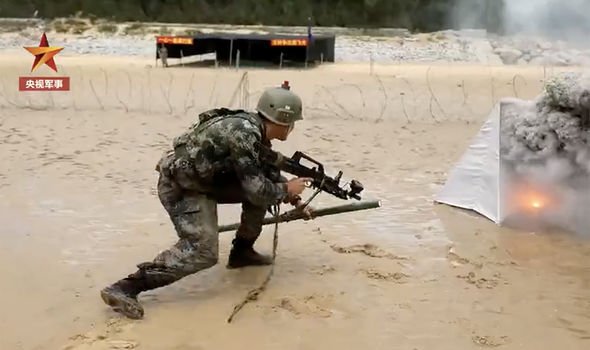 The drill showed Chinese troops simulating a Taiwanese invasion, including storming a beach, breaking up barb wire and digging ditches.

Last week, the Wall Street Journal cited US government officials as saying that over two dozen US special operations soldiers are stationed in Taiwan to provide military training for ground forces.

China claims the self-governing island off its east coast as its territory and says Taiwan must eventually come under its control.