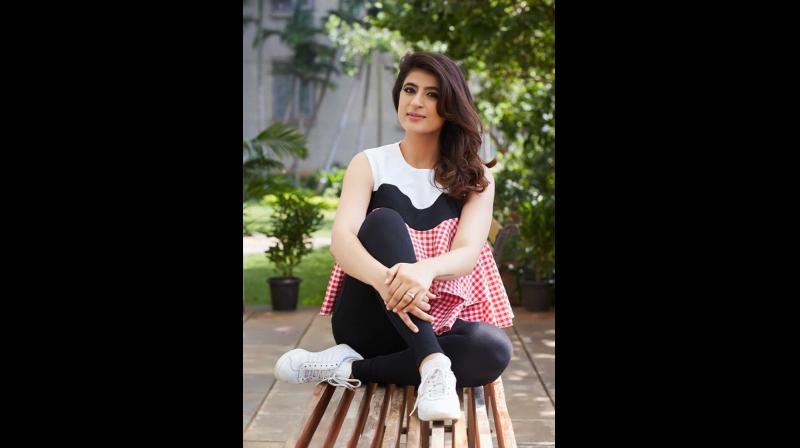 On 09 October, writer and filmmaker Tahira Kashyap posted a video on her Instagram page, in which she warned her 425,000 followers on the dangers of consuming raw bottle gourd juice and “bottle gourd toxicity”.

The 38-year-old reveals that she was admitted to the ICU a couple of days ago before she had made the video. Looking her healthy self once again, Tahira starts the video by saying, “I quickly want to share something with you. It’s an important piece of information though personal. I was yet again in the ICU though I am absolutely fine now….”

The writer went on to share that, like every day, she started that fateful day with a glass of bottle gourd juice. But unlike usual, the juice tasted bitter. Soon, her body began throwing out the juice; as she vomited several times, her blood pressure slipped to dangerous levels. She was immediately admitted to the ICU. Later, the doctors revealed to her that the effects of juice she consumed that day were as dangerous as cyanide’s.

Tahira, who states she also did the video post for public safety on the insistence of her doctors, warned viewers to avoid bottle gourd juice especially if it tastes bitter. We spoke to some health and nutrition experts about what may have happened to Tahira. Here’s what they warn you to keep in mind before believing that raw vegetables are purely healthy for consumption.

Threats from raw vegetables and fruits

Dietician Shikha Mahajan, holistic nutritionist and founder of Diet Podium, explains that the bitterness in the vegetable was from the presence of a cytotoxic compound called cucurbitacin. The compound is present not only in bottle gourd, but also other vegetables such as cucumber, squash, eggplants, pumpkin and melon, which when consumed can be toxic for mammals.

“While it’s usually in insignificant quantities, some produces end up with quantities of these cytotoxic compounds large enough to pose a health threat,” warns Shikha, who adds that there’ve been times when mass infections because of bottle gourd or litchi have caused panic, with producers calling back these produces.

One rule of thumb to keep in mind around vegetables that might cause infections is to first check if the vegetable/fruit is by nature bitter. “And if they are not, as in the case of bottle gourds, brinjals, tindas, etc., discard them and do not consume it if they do taste bitter,” adds the dietician.

Getting the basics right

Senior nutritionist Dr Janaki points out that in general, edible portions of fruits or vegetables are designed for consumption when they’re ripe enough. “Also, when consuming those as juices, seeds and skin (if used while juicing) will add extra nutrients that are healing in nature,” states Dr Janaki.

“However, while a certain amount of fruits and vegetables can be consumed freely, overconsumption and depending only on one type of food has its own repercussions. Worse, we may not have a clue about the lingering dangers at that time.” In other words, fruits or vegetables, including bitter gourd, have unique tastes. While they taste good when they’re ready for consumption, they shouldn’t be overconsumed.

Pointing to another common home-remedy ingredient, turmeric, Dr Janaki warns, “Consuming such raw juices with turmeric is not at all a good idea. Spices and condiments are very powerful and are required only in minor quantities and must be taken with general food and not consumed directly, unless it is in a diluted form,” says Dr Janaki.

Especially as we seem to be in a hurry to label anything and everything as healthy or unhealthy today, it’s important to remember that sometimes raw vegetables can cause fatal infections. However, as Dr Janaki explains, many health- and fitness-conscious people consume these kinds of juices first thing in the morning.

“Some of my clients start their daily regimen by drinking these kinds of juices until 10–11 am, and end up not having a proper breakfast. They start with vegetable juice followed by green-leafy vegetable juice, after which comes turmeric ginger and lemon juice to be followed by medicinal plant juice,” she points out. “This is pathetic because you’re not listening to your body; instead, you’re abusing your body by unnatural ways of consuming so-called ‘good for health’ potions.”

Talking about the body

Despite all the health fads out there, the truth is our digestive system requires solid food in the morning — in the form of a simple breakfast — so that it can start functioning appropriately and discharging its duties normally.

“Now when one dumps these health juices into the system, one by one, the system gets confused. To survive, the bodily system throws everything out with force,” explains Dr Janaki. “While the system’s job is to digest and help assimilate nutrients, having to throw out ingested foods requires great effort. In this process, the body loses salts and acids, causing a dip in BP and indigestion even after some days.”

Another reason fruits and vegetables have started causing massive infections is the presence of pesticides and insecticides. Dietician Shikha explains, “With time, as insects and pests become resistant to existing chemicals in the pesticides and insecticides, the doses need to be strengthened, leaving the consumers at the risk of being poisoned by these chemicals. Ensure your vegetables and fruits are washed well before they’re consumed.” Shikha reveals people are increasingly intolerant to seeds in vegetables like brinjal and gourds. “In such cases, it’s best to avoid these vegetables as the reactions are often intense and uncontrolled,” she cautions.

The key to good health is a balanced diet. But if you still want to try out fad diets and magic potions, Dr Janaki insists that you first do the food test. “Start consuming the food in a diluted form,” advises Dr Janaki.