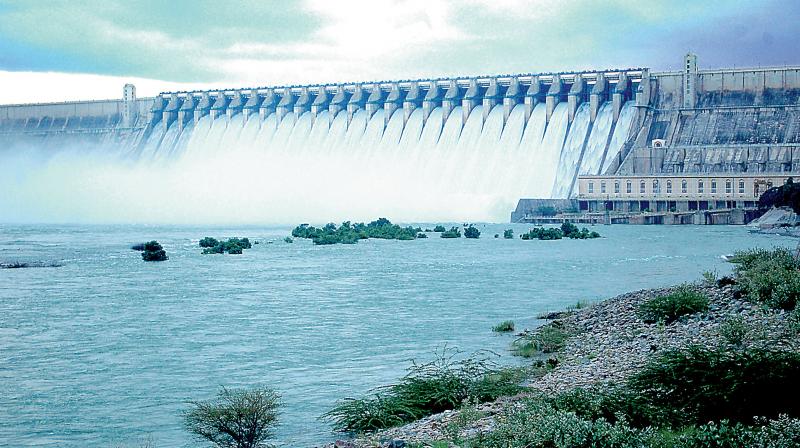 Hyderabad: The Centre's much-hyped gazette on irrigation projects came into force on Thursday but all the projects on Krishna and Godavari now remain under the control of the Telangana government.

While AP government issued orders on Thursday handing over projects on Krishna to KRMB, the TS government did not issue such orders.

The Centre issued the gazette on July 16 bringing all projects on Krishna and Godavari under the jurisdiction of the respective river boards — KRMB and GRMB  –with effect from October 14.

The Centre too appears not keen on a takeover of the projects anytime soon as no clear directions were given to the TS government to hand over the projects within a prescribed period.

This being so, the TS government dashed off a letter to KRMB on Thursday stating that it will not hand over its hydel power stations at Srisailam and Nagarjunasagar. Besides, it also sought several modifications in the minutes of the KRMB meetings held since July demanding that AP should not divert more than 34tmc from Srisailam reservoir.

The Centre had identified 49 projects with all their outlets in Krishna to be taken over when the gazette was issued in July.

In the Godavari, an agreement was reached only to hand over the Peddavagu, a joint project of TS and AP.

As if this was not enough, the TS government appointed a committee to examine which projects could be handed over to the Centre and submit its report in 15 days.