A look back at the best of the action from the final round of the European Tour’s Estrella Damm N.A Andalucia Masters at Valderrama

Matt Fitzpatrick secured a seventh European Tour title with a three-shot victory in a thrilling finish at the Estrella Damm N.A Andalucia Masters.

The Englishman overturned a three-stroke deficit on the final day at Valderrama, opening with 15 consecutive pars and birdieing two of his last three holes to post a bogey-free 69 and the week on six under.

Fitzpatrick trailed for large periods but took advantage of Sebastian Soderberg dropping three shots over his closing two holes, with the Swede finishing in tied-second on three under alongside Min Woo Lee, while overnight leader Laurie Canter’s hopes faded with a final-round 76.

“It’s on the bucket list to win round Valderrama with the history that it has,” Fitzpatrick said. “To do it bogey-free on Sunday as well is extra special. It’s amazing, particularly the way I did It – very patient all day, didn’t try to press anything, stuck to our targets and managed to hole the putts at the end. I’m delighted with the win.”

Canter started the day with a three-shot lead but saw his lead cut to one when Soderberg followed a close-range birdie at the second by holing from 10 feet at the next and then making a 15-foot eagle at the par-five fourth.

The Englishman picked up a close-range birdie at the fifth but followed a three-putt double-bogey at the par-five sixth with another three-putt bogey at the seventh, seeing him lose his overnight lead, only to reach the turn level with Soderberg when the Swede bogey the seventh.

Soderberg picked up a birdie at the 11th and made a 10-footer to save par at the next, where Canter dropped a shot after finding sand off the tee, before cancelling out a bogey at the 13th by converting from five feet at the 15th to give himself a two-shot advantage. 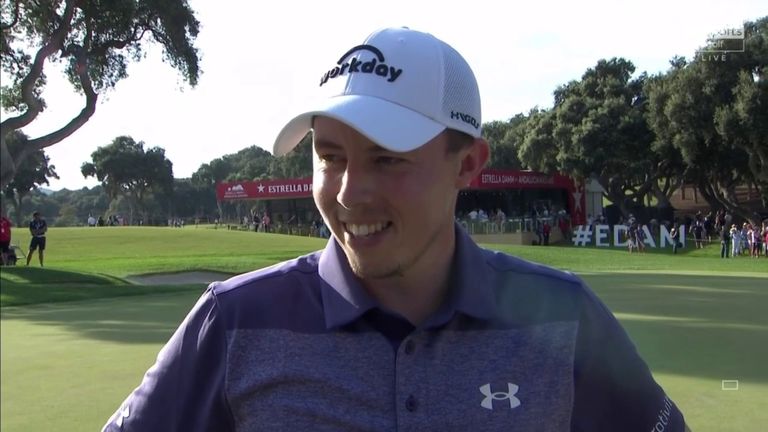 The tournament was blown wide open as Soderberg lost his ball into trees at the par-five 17th and three-putted from off the green for a double-bogey, dropping him back to four under alongside Canter and Fitzpatrick.

Fitzpatrick ended his run of 15 pars with a 10-foot birdie at the 16th, where Canter dropped a shot after a wayward tee shot, while Soderberg’s hopes ended when he failed to get up and down from the rough to save par at the last.

Canter found the water with his approach into the par-five 17th and carded a second successive bogey, as Fitzpatrick pitched to six feet and made another birdie to take a three-shot cushion to the final hole.

Fitzpatrick finished short of the green with his approach but was able to salvage a par and close a blemish-free winning round, as Canter also made a four to end the week in a seven-way tie for fourth.

Victory is Fitzpatrick’s first of the season and moves him up to fifth in the Race to Dubai standings, with the win also set to move the Englishman back inside the world’s top 25.