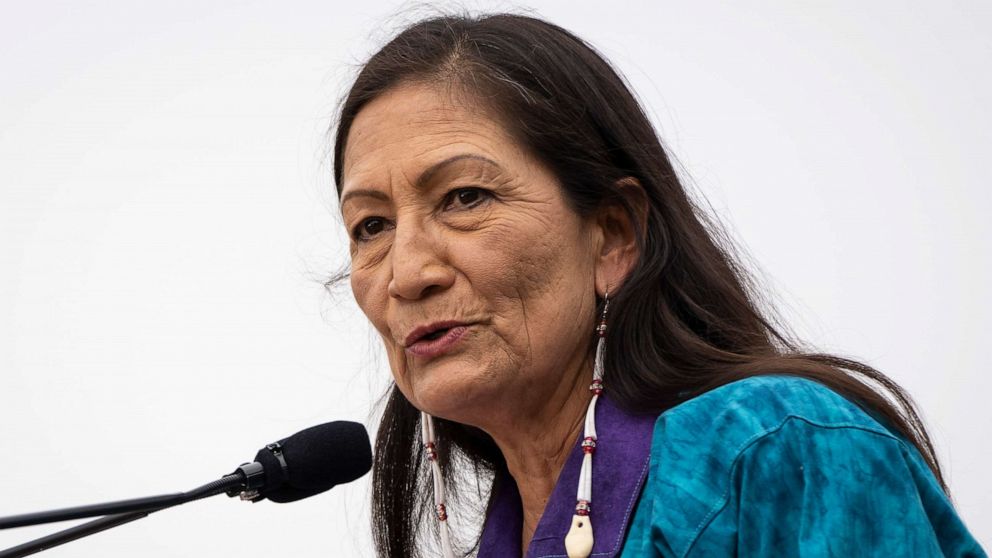 Secretary of the Interior Deb Haaland is celebrating Indigenous Peoples Day by running the Boston Marathon on Monday, honoring ancestors that ran before her.

“I started running about 20 years ago,” Haaland wrote in an op-ed she penned for the Boston Globe. “Along the way to running my first marathon, I began to think deeply about the story of my people who have used running not only to get places but to preserve their traditions and culture. … I run because my ancestors gave me this ability,” she later continued.

Haaland also went on Twitter to mark the holiday, saying “it is more important than ever to recognize Indigenous Peoples as the first stewards of this land.”

“Today, we recognize Indigenous peoples’ resilience and strength as well as the immeasurable positive impact that they have made on every aspect of American society,” Biden wrote on Friday.

In a separate proclamation marking Columbus Day, he also acknowledged the “wrongs and atrocities” that European explorers brought to native communities.

As secretary, Haaland has made a point to focus on Indigenous communities by expanding the United States’ climate policies to include Indigenous traditional knowledge, taking steps to address both the missing and murdered Indigenous peoples across the country, and by restoring tribal homelands.

“Indigenous Peoples’ Day is also a day when we remember the sacrifices of our ancestors and their survival during the dark eras of colonization and assimilation — eras in which Native Americans suffered atrocities that manifest themselves in health disparities, lack of basic infrastructure, the missing and murdered Indigenous peoples’ crisis, and so much more,” Haaland also wrote for the Globe.

Haaland is not the only high-profile politician participating in the marathon. Sen. Kyrsten Sinema, D-Ariz., will be running, too. She is expected to be met with protests.

Meanwhile, other protestors, including Indigenous peoples, gathered at the White House on Monday morning to pressure the Biden administration to take action against climate change and fossil fuels. These protests are expected to continue all week.