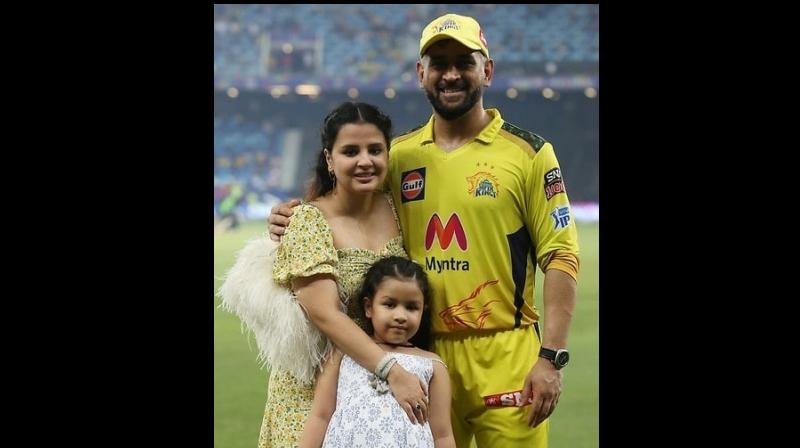 The former India captain led his Indian Premier League team Chennai Super Kings (CSK) to yet another victory on 15 October at the International Cricket Stadium in Dubai, where CSK won by 27 runs.

After CSK successfully defended their total of 192/3 against Kolkata Knight Riders, the team’s players celebrated the win with their family members. Sakshi and an adorable Ziva, who were seen on the stands cheering for CSK and Dhoni, stepped down into the field after the game to greet Dhoni. A video went viral soon after, in which Sakshi and Ziva can be seen giving Dhoni a warm hug.