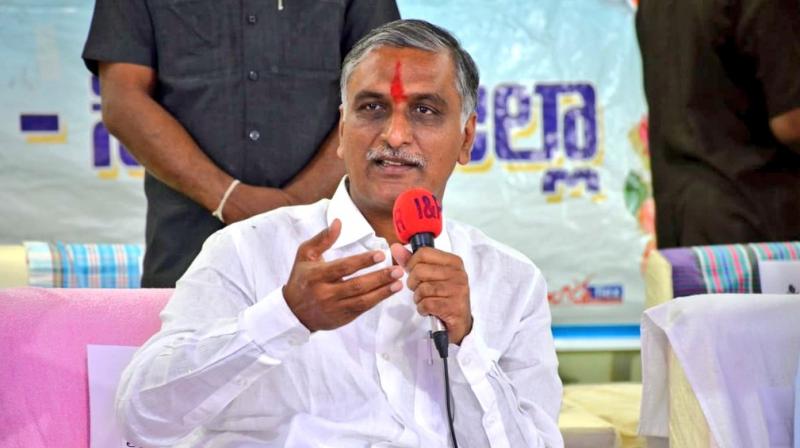 Speaking to the media, Harish Rao alleged that the BJP leaders were alleging that the state government was imposing tax of Rs 291 on each LPG cylinder. But this is outside the powers of the states, Harish Rao said.

“I had challenged Rajendar that I am ready to resign as finance minister if he proves that the state government is collecting tax of Rs 291 on gas cylinders. Even after two days, why is he not responding,” the minister asked.

Harish Rao speaking to media persons along with the Rajya Sabha member Banda Prakash and Padi Kaushik Reddy said that Rajendar’s allegation that the state government had given fake cheques to women for interest-free loans.

“He was lying. They can check the accounts and see much money was deposited by the state government,” Harish Rao said and added that in the five mandals of the Huzurabad constituency, the state government had sanctioned Rs 25.89 crore before the Bathukamma festival. The BJP government at the Centre had increased the price of gas cylinders at the same time, he pointed out.

Harish said that Rajendar was accusing the TRS of distributing liquor, mutton and Rs 20,000 to voters. “He is insulting the people of Huzurabad who elected him six times,” Harish Rao said.

“He is saying that people will bury KCR and burn the TRS. He should ask an aged women who is getting Aasara pension, a farmer who is getting Rythu Bandhu assistance, a mother who got Kalyana Lakshmi cheque for her daughter and a sister who got KCR Kit, they will tell whether KCR has humanity or not,” Harish Rao said.