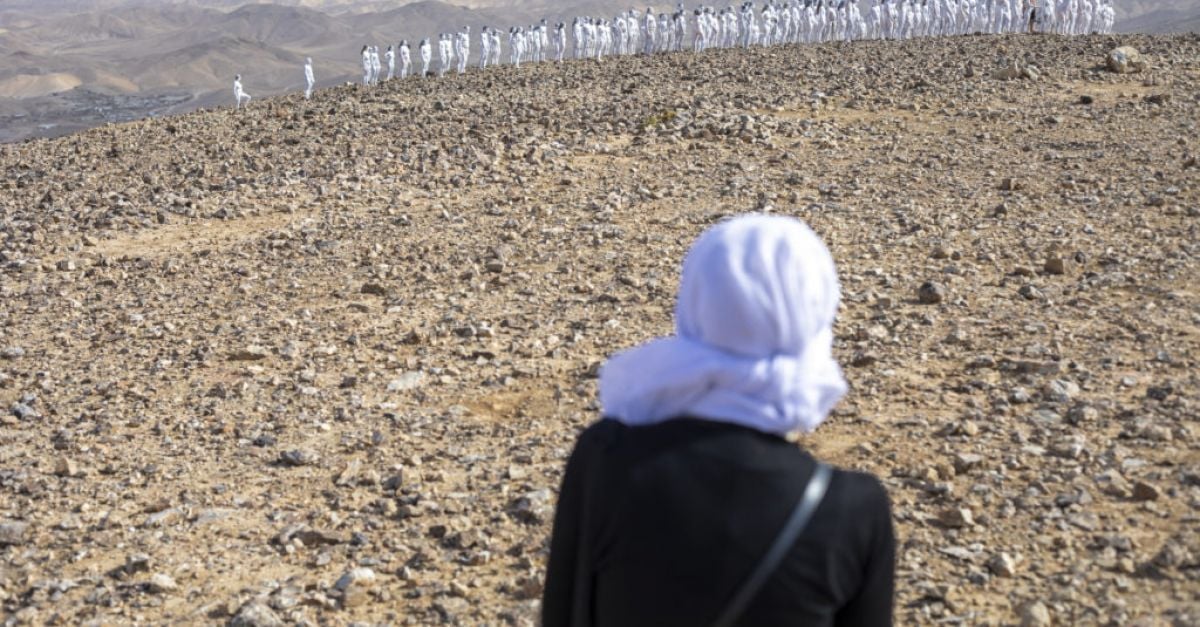 Some 300 male and female volunteers stripped naked and donned white body paint for an artistic installation meant to draw attention to the shrinking Dead Sea.

They posed for US photographer Spencer Tunick, who has done similar installations in other exotic locales around the world, including French wine country, a Swiss glacier, a beach in South Africa and Hull.

The shoot was promoted by Israel’s tourism ministry.

“My visit to Israel was an experience for me and I am always happy to return here and photograph in the only country in the Middle East that allows art such as this,” Mr Tunick said.

He did an earlier installation at the Dead Sea in 2011.

The volunteers gathered in the early afternoon on Sunday.

They disrobed and smeared their bodies with white paint in the desert outside the Israeli city of Arad.

The shoot lasted around three hours, with the artist positioning the volunteers and the camera.

Organisers hope the installation will draw attention to the importance of preserving the Dead Sea.

The salty body of water at the earth’s lowest point has been steadily shrinking in recent decades as Israel and its neighbours have diverted upstream water sources for agriculture.

The tourism ministry said it hoped the artistic installation would draw visitors to the area.

Israel has been largely closed off to foreign travellers since the outbreak of the coronavirus pandemic but is gradually welcoming back vaccinated visitors as its caseload declines.