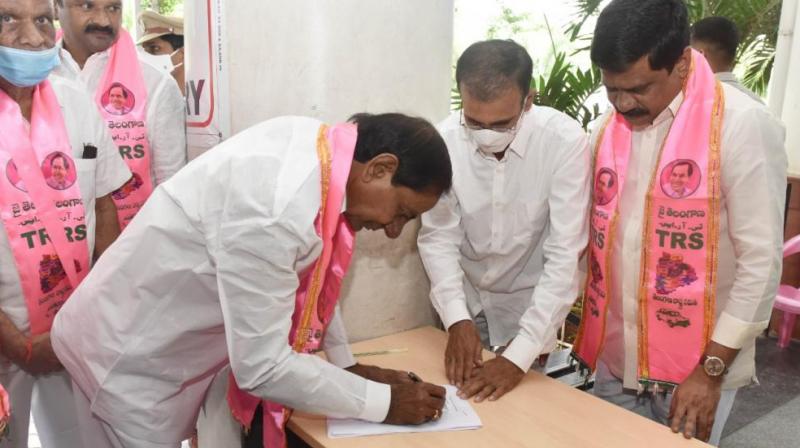 HYDERABAD:  Approximately six sets of nominations were filed by ministers, party legislators, MLCs and MPs on behalf of Chief Minister K. Chandrashekar Rao for the post of TRS president soon after the schedule for the election was released.

Elections will be held on October 25. Rao will be elected as party president unanimously for the tenth consecutive time at the party's plenary slated for October 25 at Hitex convention centre.

Nominations will be accepted till October 22. Scrutiny of papers will be taken up on October 23.

Party working president K.T. Rama Rao had earlier announced that 14,000 party leaders at all levels across the state will take part in the plenary meeting.

But in the meeting, chaired by Chandrasekhar Rao, with MLAs, MLCs and MPs at Telangana Bhavan on Sunday, it was decided to reduce the number of participants from 14,000 to 6,000 considering the Covid-19 guidelines.