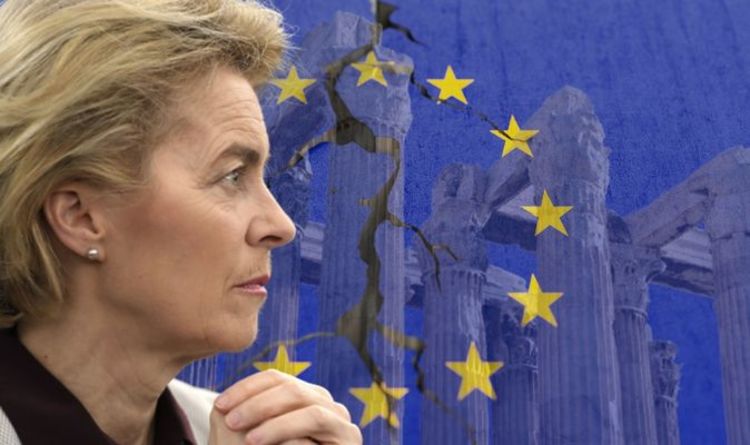 Discussing the ideology inspired by Walter Hallstein in the 1950s to “mirror the US superpower”, columnist Sherelle Jacobs states that the bloc is nothing more than “a 1950s Disney fairy-tale wrapped in Continental legalese.” Writing in The Telegraph, she describes the EU “as a failed empire that has condemned itself to irrelevance”.

Ms Jacobs notes: “It is a failed federation not just riven by power struggles and vanity, but tormented by suspicion of ‘Anglo-Saxon’ freedom.”

The European Union prides itself on community, security and strength, and as one of the world’s largest commercial powers, it has succeeded. But it appears not all that shines is gold in the corridors of Brussels.

Recent events have shown the EU, and its ‘ever closer union’ policy, is starting to form cracks, ones that are not only hard to plaster over but damage the entire structure in the process.

Polish Prime Minister Mateusz Morawiecki has sent a chilling message to EU leaders, suggesting the trading bloc is starting to infringe on the sovereignty of law in Poland, ruffling the feather of the Polish national Constitution. 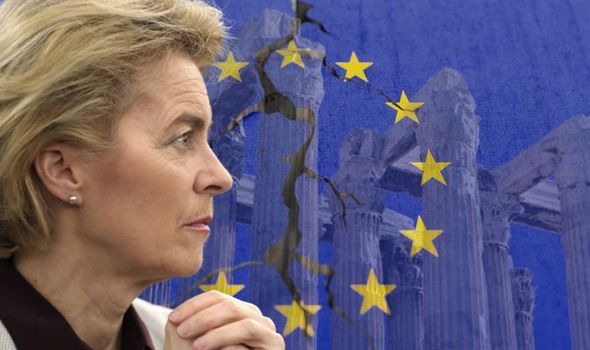 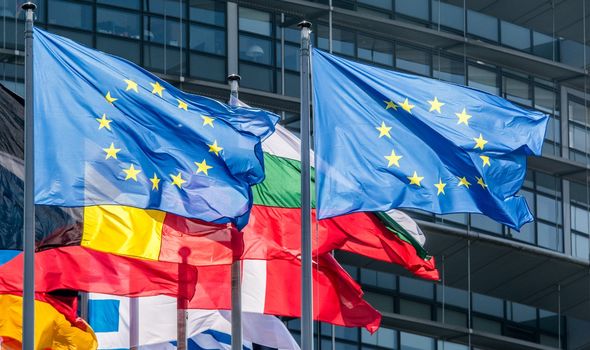 Clashing with EU Commission President Ursula von der Leyen in the European Parliament, the Polish PM warned that the bloc could collapse.

He accused the EU of blackmail, remarking: “Blackmail must not be a method of policy.”

Mr Morawiecki said Poland was “being attacked” by EU leaders.

Further division is being witnessed between East and West in Europe. Many Eastern European member states feel there is a significant inconsistency in the balance of power, and favouritism shown towards the West by Brussels. 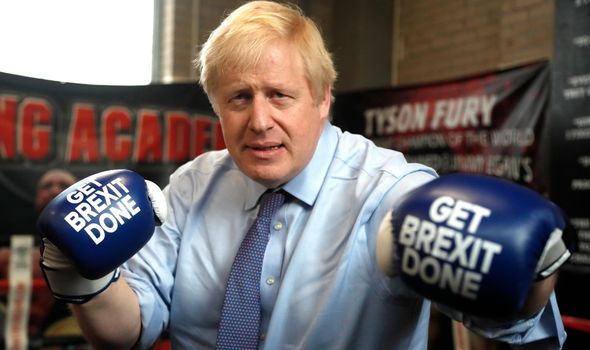 On a wider scale, the EU has failed to prove itself on the international arena, demonstrating a harsh lack of judgement on foreign policy decisions, with the Iranian nuclear deal and the Western focus on Indo-China two major examples.

As the balance of power at the top of the EU also starts its motion, with Angela Merkel set to retire, and Emmanuel Macron seemingly wanting to fill the void left behind, many in Europe are disheartened at the lack of equality and opportunity for smaller states.

The EU has come to the rescue of smaller nations in financial trouble, with Greece a key example. But some EU analysts fear it comes with an air of indebtedness for their services, and for the financial powers that back the majority of such bailouts.

In spite of all the cracks slowly creeping along the walls, Ms Jacobs argues that: “Anti-Brexiteers nonetheless remain entranced by the EU’s mythology. How they gush as its iron integrity and cheered on every supposed “blinder” pulled off by chess grand-master Barnier in the Brexit talks. But they make the rookie error of mistaking dogmatism for ideological strength.” 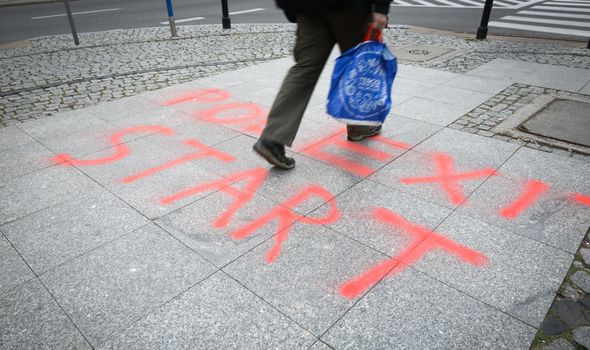 One such example of the EU trying to fill the gaps was demonstrated in the review of the Northern Ireland Protocol.

Ms Jacobs says: “For all the lofty claims of protecting the single market, (which Brussels knows could be pragmatically safeguarded by mutual enforcement), it is the free-trading UK’s divergence from its regulatory orbit that fills it with terror.”

The fact that the UK has shown that it is not bound by EU rules and regulations is something that deeply worries the bloc.

The UK emerging as an independent state actor on the global market means other member states may follow suit. 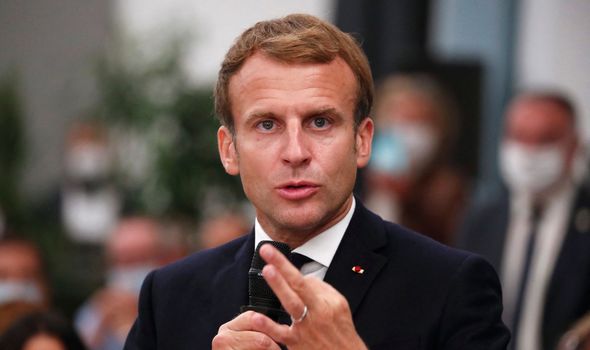 This notion may now be more relevant than ever as a battle to the top of the world’s largest economy nears its end. Predictions suggest China could displace the USA by 2024, and with the EU having snubbed the US suspicion of China in the past, questions remain as to whether the EU can rely on American military backing as China takes centre stage.

Yet, the geopolitics of security also has an effect on the EU.

Following the signing of the AUKUS deal between the US, UK and Australia, Emmanuel Macron floated the idea of cancelling a trade deal with Canberra, which not all member states were welcome to the idea of.

As with every empire, there comes a time when the peak has been surpassed, and the supporting pillars of the structure buckle under the weight of success, expansion and power.

For Ms Jacobs, Von der Leyen’s empire is on the way down, and as the challenges mount, she simply concludes with “surely it’s not a matter of if… but when.”