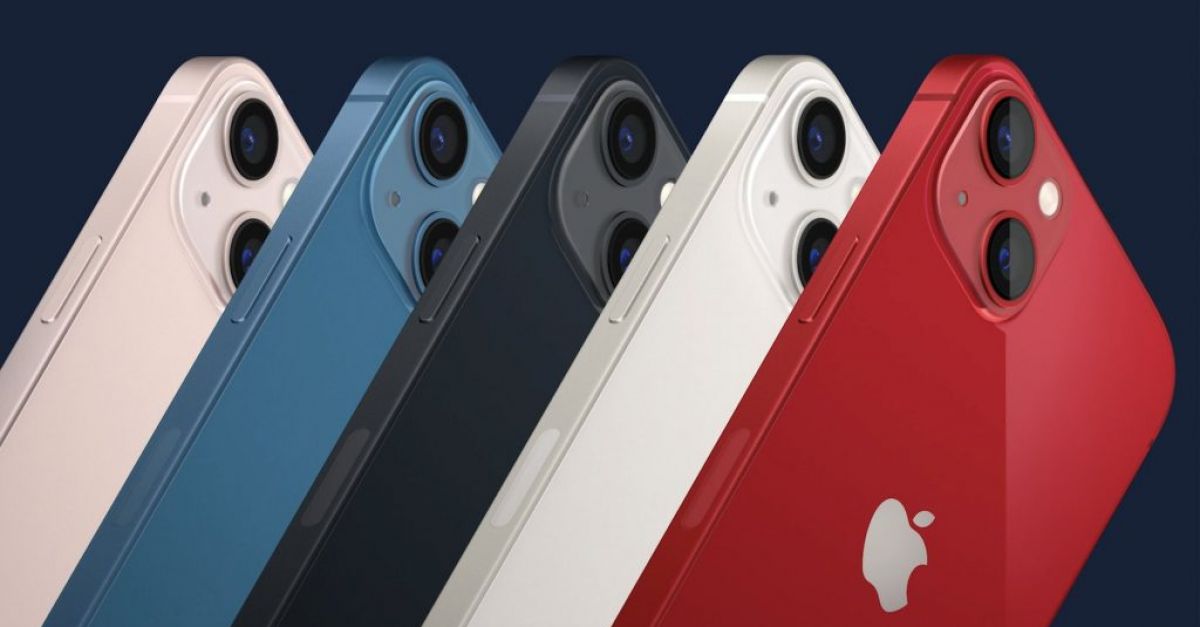 Market analysts have cut their forecast for Apple iPhone sales for the crucial Christmas period as the global chip shortage and factory closures in Asia finally catch up to the technology giant.

J P Morgan trimmed its iPhone revenue estimate to $63 billion (€54 billion) for the first quarter of fiscal 2022, which would be a yearly fall of nearly 4 per cent, analyst Samik Chatterjee said in a note to clients.

Last week, Needham said it expected iPhone 13 shipments to total 80 million units in the first quarter and cut its estimates for the holiday quarter by 10 million units citing supply chain issues including the chip shortage.

For the fourth quarter, JPM expects iPhones to bring in revenue of $46 billion after selling 58 million units, marginally higher than Wall Street’s forecast of $41 billion.

According to Refinitiv IBES, analysts are expecting about 45 million units for the holiday quarter and 79.4 million units in the first quarter.

While Apple has weathered the supply crunch better than many other companies due to its massive purchasing power and long-term supply agreements with chip vendors, supply chain bottlenecks and lockdown in countries like Vietnam in the second half of the year are hampering its production timelines.

Bloomberg News reported last week that the Cupertino, California-based company is likely to slash production of its iPhone 13 by as many as 10 million units due to the global chip shortage.

Customers wanting an iPhone 13 are already having their patience tested with one of the longest wait times for the phone in recent years, analysts said.

“We continue to see strong demand for iPhone 13 and 5G iPhone SE relative to low investor expectations to act as a catalyst, the timing of realisation of which, although delayed on account of supply headwinds, is unchanged in magnitude,” Chatterjee said.

However, Apple said on Monday that its two new MacBook Pro models, that run on more powerful in-house chips, and new AirPods 3, will start shipping next week.