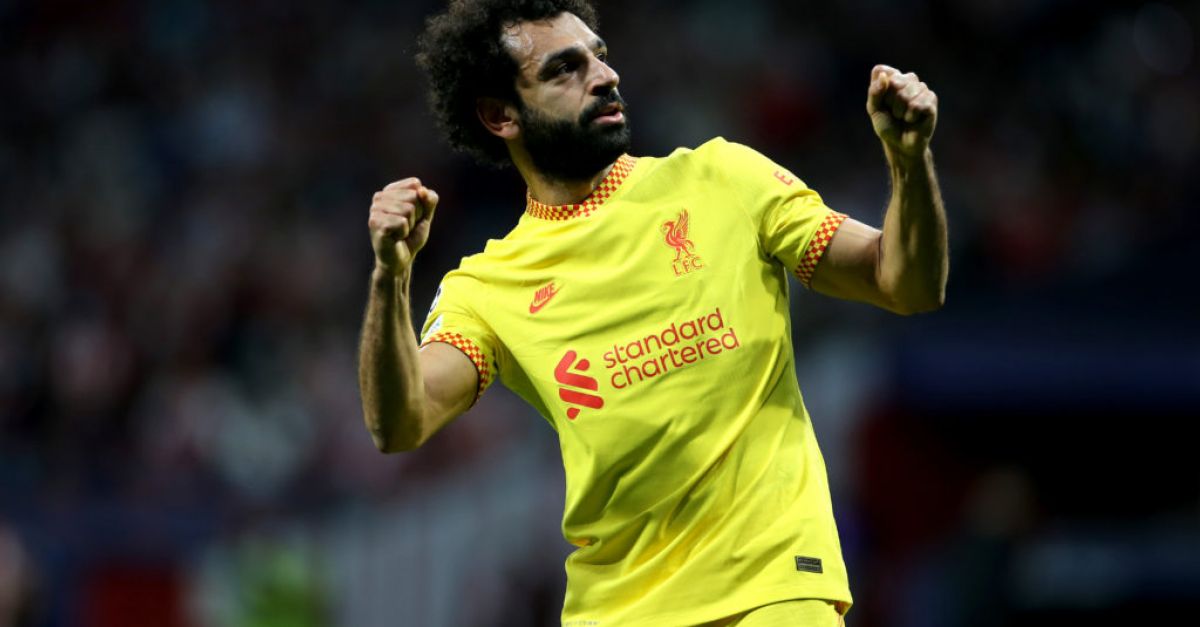 Liverpool forward Mohamed Salah has enjoyed a brilliant start to the season and his form has led to him being hailed as currently the best player in the world.

The Egypt international has scored in every game bar one this campaign and set another club record in the 3-2 Champions League victory over Atletico Madrid.

Form of his life

Salah has scored 12 goals in 11 appearances. The only team to prevent him finding the net are Burnley, back on August 21. By comparison, in his first year at the club when he broke the single-season Premier League goalscoring record (32) on his way to 44 goals, he had six at the same stage of the campaign.

Mohamed Salah has now scored in 9 consecutive games for Liverpool in all competitions (11 goals) 🤯#UCL pic.twitter.com/GMmqyPlZVt

The Egyptian’s first goal against Atletico, at first credited to a James Milner deflection but later amended, was the ninth successive match in which he had scored. He is the first man to achieve the feat in the club’s 129-year history. After scoring against Norwich in August he became the first player in Premier League history to score on the opening day of five consecutive seasons.

When Salah found the net in the draw at Brentford last month, he became the fastest player to score 100 top-flight goals for Liverpool. His century came in his 151st match and although overall it was behind Roger Hunt (148) and Jack Parkinson (149) some of their goals were scored in the second division. A couple of weeks earlier he became only the second African player to score 100 in the Premier League goals and his next goal will take him past Didier Drogba’s 104.

The magnificent @MoSalah is now our highest scorer in @ChampionsLeague history 👏 pic.twitter.com/NjZl8T3qft

Salah’s second goal against Atletico was his 31st for Liverpool in the Champions League (one came in a qualifier). That is one better than former Reds captain Steven Gerrard.

Labelled as a one-season wonder by critics after registering an incredible 44 goals in his maiden campaign for Liverpool, Salah has never scored fewer than 23 goals in any one season. His total for Liverpool currently stands at 137 in 214 matches, which puts him 10th on the club’s all-time goalscorers list after just four full seasons. He is 21 behind eighth-placed Michael Owen, having played 83 fewer matches, while another 50 goals will lift him above Gerrard into fifth place. He has been Premier League Golden Boot winner twice (once joint) in four years.