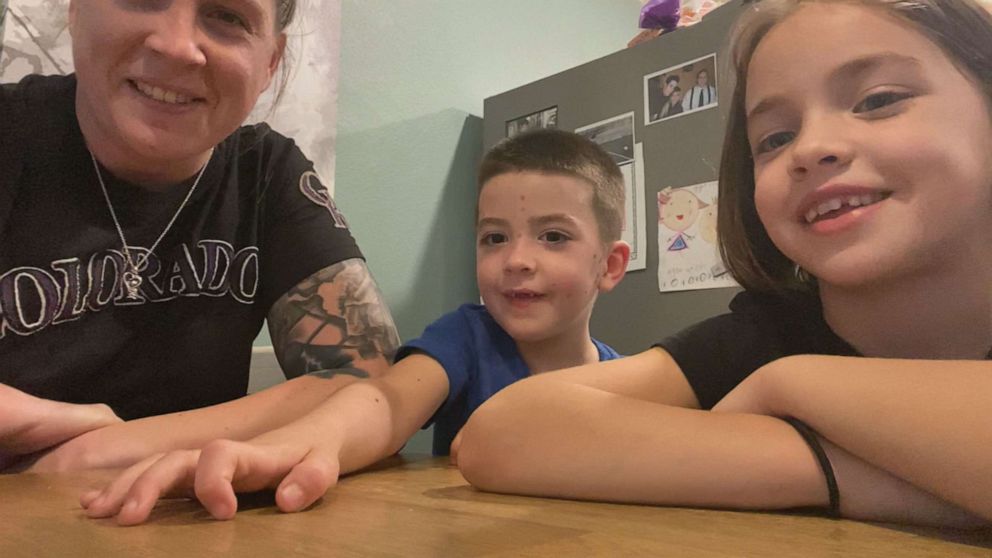 After two years of birthdays, holidays and chemotherapy treatments, Beckett Burge was able to celebrate the biggest milestone of all — being officially cancer-free.

Beckett was only 4 years old when he was diagnosed with pre-B acute lymphoblastic leukemia on April 25, 2018.

He began chemotherapy and was often sick following treatment. With his older sister Aubrey there to comfort him, their mother, Kaitlin Burge, snapped a photo that would go viral.

“One thing they don’t tell you about childhood cancer is that it affects the entire family,” Kaitlin Burge said in 2018. The family also keeps a Facebook page called “Beckett Strong,” where they keep everyone updated on Beckett’s recovery.

“We are excited to say the least,” said Kaitlin Burge. “It has been a long journey. Aubrey has been a great trooper.”

Beckett said he couldn’t have done it without his big sister by his side.

“She always stands up for me whenever I had cancer,” said Beckett.

Now back in school and enjoying little league baseball, Beckett and his family shared a message of hope with “World News Tonight.”

“We just want to say that we’re super excited,” said Kaitlin Burge. “Any other families that are out there going through cancer with their kids and their own family members, we just want to say, ‘Keep up the fight.'”

“There’s light at the end of the tunnel” she added. “Keep your head up. Take it one day at a time.”