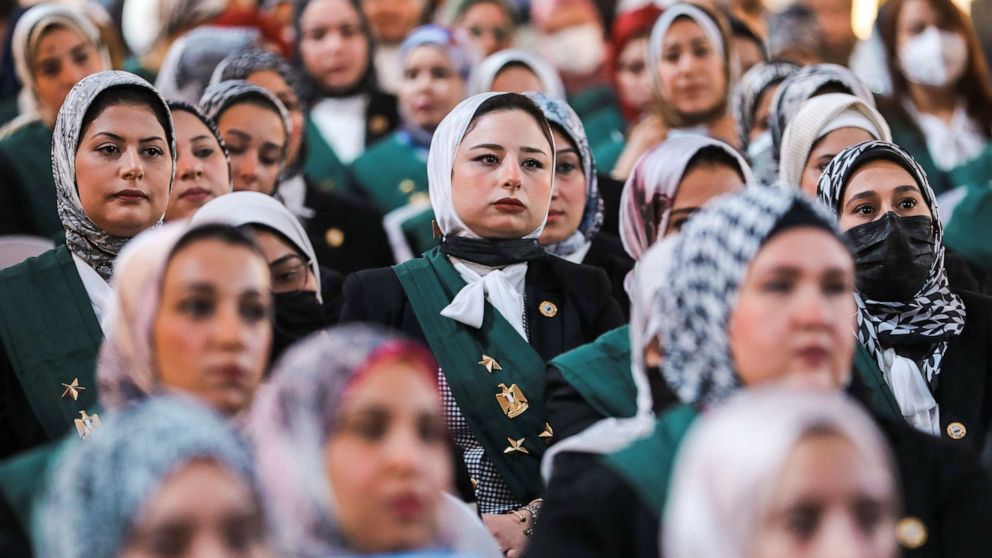 Seventy-two years of Egyptian women’s rights activism paid off this week as the State Council, an important independent judiciary body in the country, appointed 98 female judges for the first time.

Iman Sherif, one of the appointed judges, described the move as “historic” during the swearing-in ceremony, saying she was over the moon, according to state-run Al-Ahram Newspaper.

“We pledged to live up to our responsibilities. I can’t describe my happiness,” she added.

“It is very important, not only to see the long resistance came up with this result, but also how much it means to the new generation,” Nehad Abu El Komsan, head of the Egyptian Center for Women’s Rights, told ABC News. “It is a step ahead for the younger generation to believe there can be no restrictions in their dreams.”

The recent appointment of 98 judges to Egypt’s State Council has considerable implications.

The State Council — established in 1946 — is an independent judicial body and one of the pillars of the judicial authority in Egypt. It has its own courts and hierarchy, like the civil and criminal justice systems.

According to the National Council of Women — which is a state organization — the very first female judge in Egypt was appointed in 2003 in the Constitutional Court. Later, in 2007, 31 more female judges joined the judiciary in 2008 and 2015.

However, what distinguishes the recent hiring of women judges by the State Council is that this body has mounted the stiffest resistance against women judges joining the judiciary over the last decades.

“That’s exactly where the conflict was. The institutions which were supposed to defend and support the citizens’ rights were resisting against women’s rights within themselves,” Abu El Komsan explained. “That is why we celebrated this last move by the State Council.”

According to the last official statistics released in 2015 and published by the National Council of Women, women shaped less than half a percent of the total number of judges working in Egypt’s judiciary system. While there were only 80 female judges, there were around 12,000 male ones.

“It was and still is a male-dominated field, and even with the new 98 judges the percentage is still less than half a percent,” Abu El Komsan said.

To Abu El Komsan, this recommendation was a result of years of women’s rights activism and civil demands for a change, rather than a gesture.

However, not all women’s rights activists share the same stance.

“Al-Sisi needs to just show the world that Egypt does not have any problem with women. But they really do,” Reda Eldanbouki, a lawyer and the executive director of the Women’s Center for Guidance and Legal Awareness, told ABC News.

“We have had great women judges who did want to join the State Council, but their applications were rejected because [they were] not necessarily aligned with the system. It did not matter how much they pursued their cases through legal paths, it still did not work,” Eldanbouki said.

“Actually, gender doesn’t matter. Male or female, you need to obey the system,” he added.

Eldanbouki and Abu El Komsan believe these newly appointed judges were not chosen from the graduates of the law schools, but rather the Council “promoted” or simply “relocated” the women judges who were already working at different positions or departments of the judiciary.

“They [the State Council] still have not opened the doors to the female graduates of the law schools. Most of them work as lawyers,” Abu El Komsan said. “We still have to push for breaking the glass ceiling.”