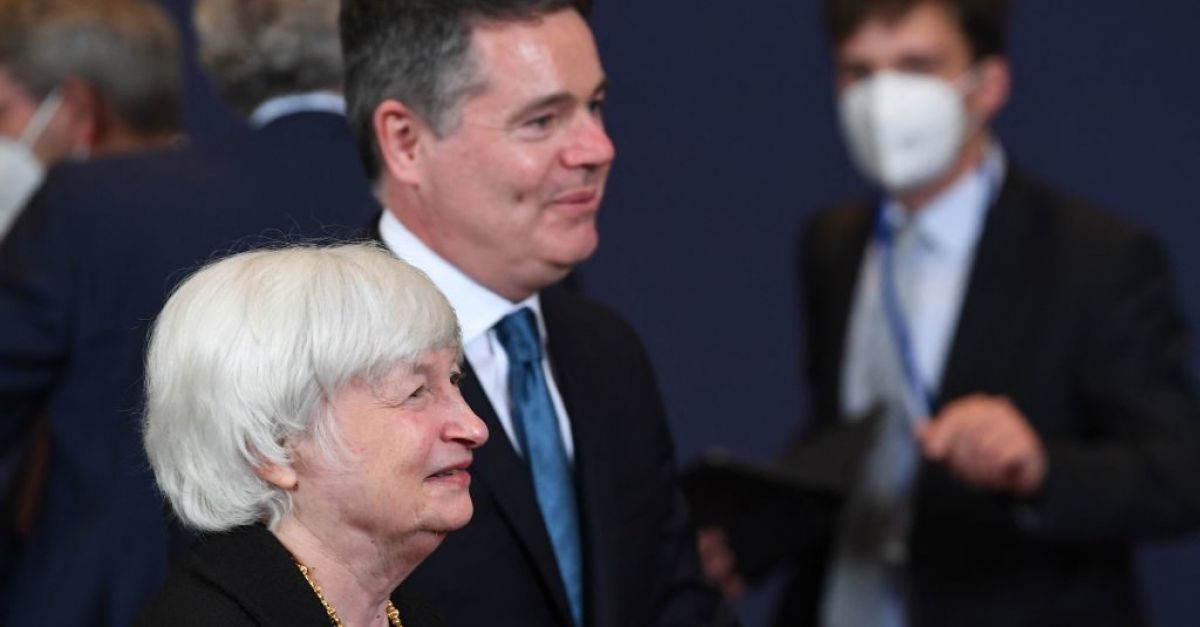 US treasury secretary Janet Yellen will visit Dublin next week for talks on global tax priorities.

She will also participate in high-level Group of 20 meetings in Rome and attend a United Nations climate change conference in Scotland the following week, the US Treasury Department said Thursday.

“While overseas, Secretary Yellen will continue to reinforce the US commitment to multilateralism and advance US policy priorities on global tax policy, climate change, an inclusive economic recovery, and global health,” Treasury said.

Yellen will also hold meetings with counterparts, allies, and business leaders during her visits to Rome on October 29th-31st, Dublin on October 31st and November 1st, and the UN climate conference in Glasgow November 2nd-3rd, Treasury said.

Yellen will hail a global corporate minimum tax agreement signed by 136 countries during her visit to Ireland.

Minister for Finance Paschal Donohoe confirmed earlier this month that the Government had dropped its objection to the deal after a compromise emerged on a deduction from the minimum tax rate for companies with real physical business activities abroad.

The former chair of the Federal Reserve Board has played a key role in US president Joe Biden’s fight to secure congressional support for trillions of dollars in proposed social spending.

She joined meetings with key progressive and moderate Democrats on Tuesday as they sought to make progress on an economic package now expected to total around $2 trillion, well below the $3.5 trillion initially sought by Biden.

Yellen last week said she was confident the US Congress would approve legislation to implement the global corporate minimum tax, with the measure likely be included in the larger so-called reconciliation budget bill.

The parliamentary manoeuvre known as budget reconciliation would allow Democrats to approve the spending without Republican votes.

Economy springs back to normalcy, grows 8.4%