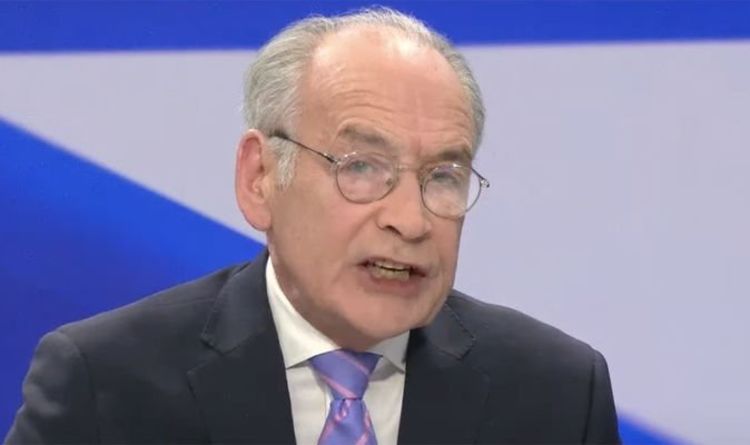 row with the rest of the EU dominated this week’s summit of member-state leaders in Brussels. However, GB News’ host suggested that Poland “was not alone” in questioning Brussels’ creeping power-grab. He said “even Angela Merkel gets it” after the German Chancellor convinced other member-states not to punish Poland.

In her last summit as Chancellor, Ms Merkel faced down calls from Emmanuel Macron and other EU leaders to sanction Warsaw.

The EU row erupted after a ruling by Poland’s highest court that some parts of EU law are incompatible with the Polish constitution.

EU case law rests on the principle the EU has supremacy over national laws.