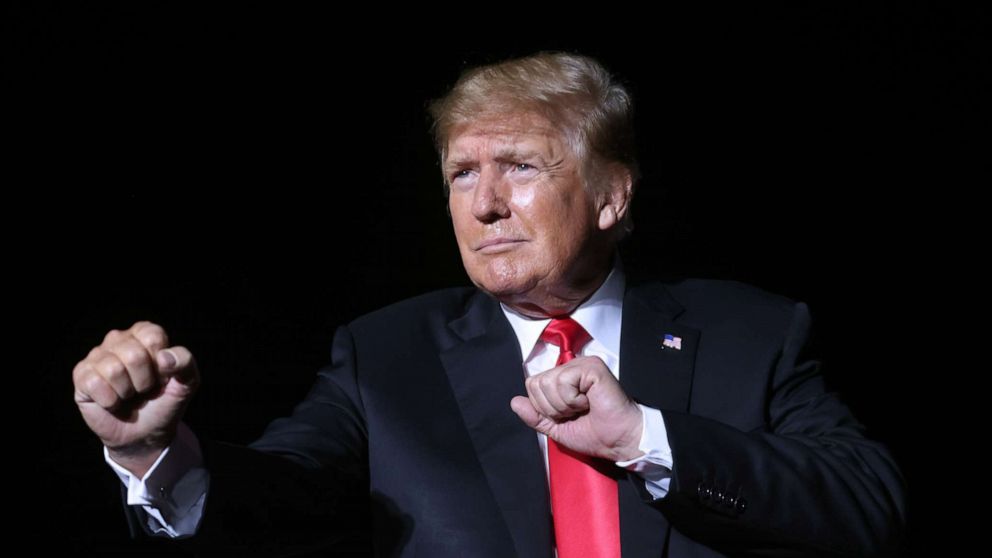 Former President Donald Trump has famously lived on New York City’s Fifth Avenue and Pennsylvania Avenue in Washington, D.C., but he may have to stay away from “Electric Avenue.”

Trump was required to respond to a copyright lawsuit by musician Eddy Grant, who wrote and recorded the song, “Electric Avenue” in 1983.

Grant sued over alleged unauthorized use of the song in an animated video created by a third party during the 2020 presidential campaign and posted by the former president on his personal Twitter account. The 55-second video endorsed Trump’s reelection and “sought to denigrate the Democratic Party’s 2020 presidential nominee, now-President Joseph R. Biden,” court records said.

Trump unsuccessfully sought to dismiss Grant’s claim, making a fair use argument, but a federal judge in New York would not allow it at this stage of the litigation.

“The defendants concede that the video here is clearly satire, not a parody of Electric Avenue or Grant, and the defendants have offered no justification for their extensive borrowing,” Judge John Koeltl wrote.

“Defendants deny that they have willfully and wrongfully infringed Plaintiffs’ copyrights,” the response said.

“Plaintiffs’ claims against Defendants are barred, either in whole or in part, by the doctrines of fair use and/or nominative use.”

In an opinion denying Trump’s motion to dismiss, the court concluded that he had not established a fair-use defense as a matter of law, but that it could be raised again at a later stage. Grant is pressing ahead with his lawsuit.

“Given the court’s recent favorable determination, there are very few issues that remain to be resolved. We are confident that our clients’ rights will ultimately be fully upheld and look forward to Mr. Trump fully explaining his actions,” Grant’s attorney, Brian Caplan, said in a statement provided to ABC News.

“Electric Avenue” spent five weeks at No. 2 on Billboard Magazine’s Top 100 Chart, and was certified platinum by the Recording Industry Association of America.