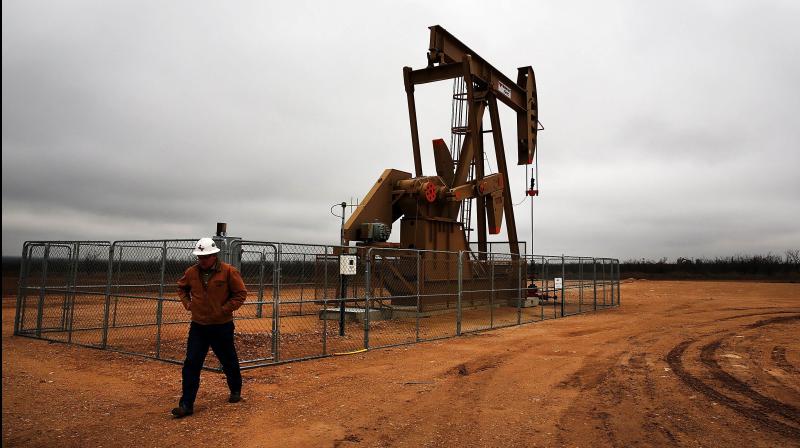 Saudi Arabia has pledged to eliminate planet-warming emissions within its borders by 2060.

It’s a marked turnaround for the world’s biggest oil exporter, whose government has consistently argued against cutting investments in fossil fuels and blamed climate activists for this year’s surge in energy prices.

Crown Prince Mohammed bin Salman, the de facto ruler, made the announcement in Riyadh on Saturday at the opening of a climate conference. He included plenty of caveats and emphasized that the kingdom and other countries would be required to pump oil for decades to come.

While Saudi Arabia’s goal aligns it with China and Russia, its timeframe lags other large economies like the U.S., U.K., and European Union, which all aim to be net zero by 2050.

The U.S. and European nations have put pressure on Saudi Arabia to accelerate efforts to curbs emissions and invest more in renewable energy. The decision will provide a boost to Britain ahead of the crucial COP26 climate talks starting this month in Glasgow. U.K. Prime Minister Boris Johnson told Prince Mohammed in a call on Oct. 11 he “hoped to see a net-zero commitment.”

Prince Mohammed underscored the difficulty of cuttings emissions in a desert country so dependent on oil and which burns huge amounts of fossil fuels for air conditioning and to desalinate seawater.

Saudi Arabia will reach the the target in a way that “protects the leading role of the kingdom in strengthening the security and stability of global energy markets, in light of the maturity and availability of the necessary technologies to manage and reduce emissions,” he said in a recorded speech at the Saudi Green Initiative forum.

The government will rely heavily on carbon capture, Energy Minister Abdulaziz bin Salman said. It aims to reduce carbon emissions by 278 million tons per year by 2030, more than double its former target, he said.

The net-zero goal doesn’t necessarily mean Saudi Arabia has to reduce oil output, since it only applies to territorial emissions. Those generated when the kingdom’s crude is burned in cars, factories and power plants abroad won’t count, according to United Nations accounting rules.

State oil firm Aramco is instead in the process of increasing its production capacity even more — to 13 million barrels a day from 12 million. The project’s expected to take six years and cost billions of dollars.

“There’s going to be a lot of skepticism,” said Ben Cahill, senior fellow at the Center for Strategic and International Studies. “The world’s largest oil exporter becoming a net-zero economy is pretty strange.”

Saudi Arabia is the 10th largest emitter of carbon dioxide globally, and the highest on a per capita basis among G-20 countries. Reaching net zero will mean sharply reversing a trend of increasing emissions in the past two decades.

Still, the new target comes amid a shift among major petrostates. The United Arab Emirates this month became the first Persian Gulf nation to say it would neutralize its emissions by 2050. Russia followed less than a week later, though President Vladimir Putin set a later deadline of 2060.

The decision is likely to play well with U.S. President Joe Biden, said Karen Young, fellow of the Middle East Institute in Washington D.C. Ties between Washington and Riyadh have been strained since Saudi agents killed journalist Jamal Khashoggi in 2018.

“The net-zero goal firmly establishes Saudi Arabia in the G-20 economies that are pushing on this agenda,” she said. “It also is probably a conciliatory gesture toward the Biden administration.”

The country also committed to joining the Global Methane Pledge that aims to cut emissions of the highly-potent gas by 30% by 2030. Scientists consider reducing methane leaks among the quickest ways to slow down climate change.

Prince Abdulaziz said each government’s approach to curbing emissions was different and that Saudi Arabia would continue to push for investments in oil and gas production.

The world “cannot operate without fossil fuels, without hydrocarbons,” he said. Neither they nor renewables “will be the savior. It has to be a comprehensive solution.”

He added that the COP26 talks must be “inclusive.”

“Inclusivity requires that you are open to accept what everybody is going to do as long as he contributes to emissions reduction,” he said. “The tools in your kit are completely different than mine.”

Saudi climate negotiators may try to water down proposals from other countries to reduce oil and gas investments, according to Jim Krane, fellow at Rice University in Houston and author of ‘Energy Kingdoms: Oil and Political Survival in the Persian Gulf’.

“Net zero for humanity, especially a quick one, is going to be devastating for the kingdom,” he said. “So they might remain somewhat obstructionist in global forums.”

Saudi Arabia plans to increase the mix of solar and wind energy in its local grid to 50% by 2030, Prince Abdulaziz said, reiterating a previous announcement. Natural gas will make up the rest.

That would require the government to stop burning hundreds of thousands of barrels of oil each day in its power stations. It would also need to improve on past efforts to boost renewable-energy production, which have met with little success.

The country is investing heavily in hydrogen, a fuel seen as crucial to the eventual shift away from oil and gas. Aramco plans to make blue hydrogen, which is done by converting gas and capturing the carbon emissions. Other companies including Air Products & Chemicals Inc. want to export green hydrogen, made from renewable energy, from the new city of Neom.