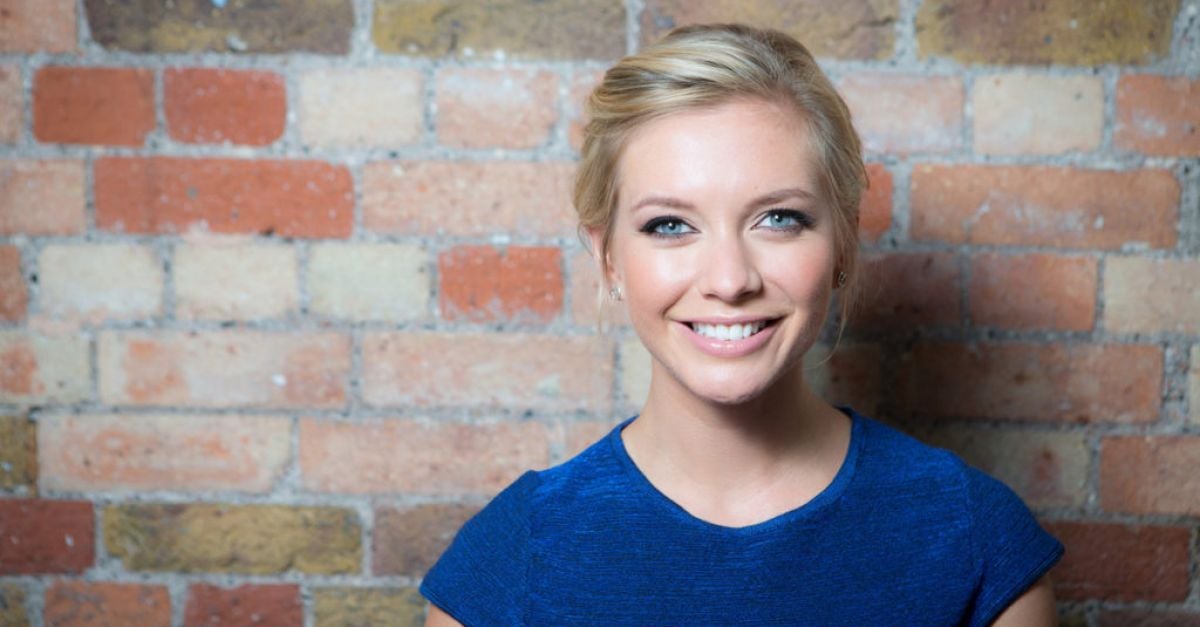 Rachel Riley looks a little tired. And so she should. We meet over Zoom two weeks before her second baby is due and the signs of expectant mother fatigue are showing, as she reveals her bulging stomach to the camera.

Make-up free and dressed down in a black T-shirt and leggings, the Countdown maths geek is now on maternity leave, leaving the Countdown team of Susie Dent and new anchor Anne Robinson to run the ship in her absence.

Robinson, known for her acerbic putdowns on Weakest Link, joined the long-running afternoon show in June, replacing Nick Hewer. What’s it been like working with her?

Well that’s it from me, I’ve officially finished filming to pop a baby out!

You’re stuck with me on screen till December when the totally amazing @aimafidon will be keeping the numbers in line till I’m back next year!

Hope you have loads of fun Anne-Marie, best of luck lovely! pic.twitter.com/dUZnwFvERL

“It’s completely different,” says Riley. “We used to all be in the same room together but because of coronavirus everyone’s off separately having their make-up done so we don’t see each other as much. We’ve not really done much team bonding.

“Obviously, we had 10 years with Nick (Hewer) and we really knew each other. She (Robinson) is a completely different character.”

For now, the 35-year-old maths whizz is understandably much more focused on motherhood. Her Russian husband Pasha Kovalev, erstwhile dance partner from Strictly in 2013, has been fantastic with their toddler daughter, Maven, who turns two in December.

“He’s the best dad in the world,” Riley beams. “He’s amazingly patient and will let me sleep in in the morning and look after her when I’ve been up working late.

“He’s taken to being a dad like a duck to water. And Maven looks just like him. He goes to the soft play, the bouncy castle and the park – then I get home and he’s made dinner!”

The presenter started dating Kovalev after divorcing her husband, Jamie Gilbert, who was a fellow Oxford University student, in 2013.

Today, she is clearly still besotted with her professional dancer other half. “He’s the most unique person I’ve ever met. He’s such a chilled, calming influence. Nothing fazes him.”

She’s planning to have her second baby at home (as she did the first) and isn’t intending on going on a massive drive to return to her pre-pregnancy weight quickly.

“I’ll be breastfeeding, so you need the calories. If you are losing it really quickly it just means you are probably not giving your baby what it needs. The weight comes off in its own time and I’ve got a whole range of dresses ready in different sizes for when I go back to work.”

She’s still breastfeeding Maven, although she hopes that will subside in the New Year, and hopes to be back at work in January, she says.

“When you have a newborn, and especially when you have a toddler as well, you don’t have time for a shower. So when I get back to work someone will be paid to do my hair and make-up. You don’t recognise yourself the first time you go back because you’ve just been in mum mode and haven’t washed your hair for a while.”

Do you remember @RachelRileyRR was spotted leaving the Countdown studio with a bunch of flowers? Well, that’s because she had just recorded her 3,000th show! Something to look out for on TV in the coming weeks. Congratulations Rachel! 👏🎉🥳💐 pic.twitter.com/6m8BYHYWGy

She and her family live in London and also have an apartment in Manchester, where Countdown is filmed. Kovalev will look after the children while Riley is working on the show, taking the baby in for breastfeeding when she’s on a break.

They don’t want any more children after the new baby, she says.

“We only want two. You can fit two in the car, that kind of stuff. It was a maths decision,” she says, laughing.

They married in Las Vegas in 2019 when she was pregnant with Maven, she recalls.

“My friend was taking a sabbatical in the States. She said she was going to Vegas and asked if I wanted to come to see Robbie Williams. We said, great. Then, when I was four months pregnant, just before the trip, Pasha said, ‘Shall we get married next week?’ We found a little chapel and I bought my dress the day before the wedding.”

This year Riley has written At Sixes And Sevens, a maths book for adults, featuring tips and tricks on how to navigate your way through the minefield of equations, formulas, fractions, algebra and BODMAS (if you don’t know what the acronym stands for, Riley will help), among other conundrums.

“I’ve always enjoyed making maths accessible and trying to demystify it, even when I was at school,” she says.

I’m delighted to reveal the cover of my upcoming book, At Sixes and Sevens!

Packed with easy to learn tips & tricks and examples to help your maths skills, it’s fun, empowering and, I hope, helpful!

It’s out on 28th Oct and available to pre-order now: https://t.co/UrQ6MKuyrh pic.twitter.com/YEROesRICr

Her acumen is clearly rubbing off. “My daughter has already started counting on her hands, one, two, three,” she enthuses. “And she can do it in Russian as well.”

Riley, who grew up in Essex, studied maths at Oxford University and clinched the Countdown job pretty soon afterwards. As a top maths scholar, did she ever feel her brain could be better utilised than it is on a popular show?

“I enjoy what I do,” she says simply. “Being on TV has afforded me lots of opportunities and I’m lucky I get to use my maths background as an advocate for maths and science and numeracy.

“Through programmes like It’s Not Rocket Science I get to meet people who want to break the land speed record with the fastest car in the world, I got to interview Tim Peake. I’ve got the background to give me enough confidence to interview these people.”

For now though, she is having to take things a bit easier. While knowing that sleep deprivation is coming with the new arrival, she is trying to enjoy her Friday night treat – episodes of Ted Lasso, supporting Manchester Utd (she loves football), going to the park and meeting friends and family.

Riley and Kovalev don’t watch Strictly these days, but do keep in touch with some of her old Strictly cohorts, Sophie Ellis-Bextor and Deborah Meaden, and a while ago they went to Majorca to see Brendan Cole and his family.

And though she might feel tired right now, Riley is also planning an energetic future for when she is ready: “Once I’m back on my feet, I’ll be ready for a new challenge,” she says.

At Sixes And Sevens by Rachel Riley is published by HarperCollins on October 28th, priced €17.

Five unexpected ways your money and mental health might be linked