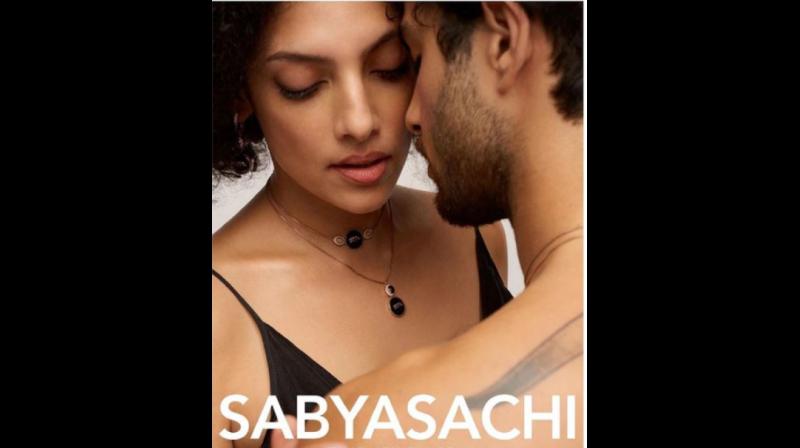 Celebrity designer Sabyasachi Mukherjee may have been trying to tick all the boxes of diversity and inclusivity when doing the ad campaign called ‘The Royal Bengal Mangalsutra’, for his latest jewellery collection, Intimate Fine Jewellery. But some netizens who believe he failed miserably decided that he needed to be trolled and asked to delete the ad “ASAP”!

‘The Royal Bengal Mangalsutra’ features all kinds of models — for a petite model, Sabya ensured there was one that on the heavier side, for a fair, there was a dark, for heterosexual couple, he brought along homosexual couples, both lesbian and gay —yet, Sabya seems to have ticked off several ad ‘connoisseurs’ on the Internet. But that is apparently because in some of the ads in the campaign, models can be seen wearing the brand’s mangalsutra while posing intimately with their partners in their undergarments.

Several netizens took to social media to share their disappointment about the ‘obscene’ ad that hurt Hindu religious sentiments, claiming it an attack on their culture!

One of the users wrote, “What are you exactly advertising? No one will wear this jewellery now coz you have shown the world the if I wear that jewellery I must be some cheapo! please take care of your campaigns [sic].”

Another advised, “Bizarre #Sabyasachi. He just gave an open invitation for getting himself trolled big time ! The ad agencies are going overboard to hurt public sentiments …get additional publicity for the product by creating some
kind of controversy! This is the plan..ppl ! Don’t succumb [sic]!”